sufjan stevens indulges us… + himself 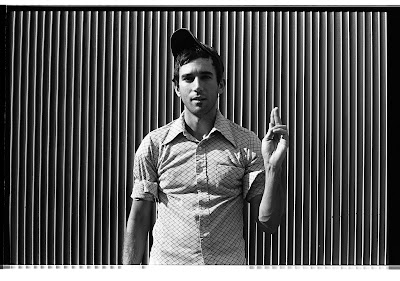 Sufjan Stevens has, yet again, evolved into a new beast. But there’s no mistaking that his just-released, sixth album is anything but his own. The Age of Adz (pronounced “odds”) is his first full-length album in five years and it’s announcement came just weeks after his surprise, late-August release of an EP of new material on Bandcamp.

Sufjan Stevens has been dropping hints for years, clues of his penchant for marrying electronic elements with his complexly layered symphonic compositions, especially on 2009′s multi-disciplinary project BQE (most notably on “Movement IV: Traffic Shock”) and of course on 2001′s electronic Enjoy Your Rabbit. It was only a matter of time until he put out a staggering work that combined to two.

But with the release of his digi-EP, All Delighted People, Sufjan discarded those electronic elements, yet retained his epic, balladeering nature (and many of the natural bird warbles) with the opening, title track clocking in at more than 11 minutes (“All Delighted People” was originally workshopped on Sufjan’s fall tour in 2009) and the closing track (“Djohariah,” a guitar jam-for-single-mothers) just breaking 17 minutes. The release, which was available for download the same day that its existence was announced, received mixed reviews. Many were disappointed as the EP seemed to chronicle discarded ideas (it was publicized that the EP is “a dramatic homage to the Apocalypse, existential ennui, and Paul Simon’s Sounds of Silence“), and whether it was his strongest work, worthy of release after such a lengthy wait, or not, true fans rejoiced for the insight (and chance to hear) inside his prolific mind.

Creating new textures on 11 tracks, this experimental marriage is typified by the opening of the second track on Adz. “Too Much” clashes The Flaming Lips with Trent Reznor, all molded and held together by Sufjan’s folk sensibilities and cleverly delivered lyrics. (Listen and download for free on OMN.) Later in the song, the 8-bit electro jitters while a chanting chorus of female voices float behind the scenes ultimately closing with a glitchy but flutteringly symphonic (that screams of Sufjan’s distinct arrangement) run out.