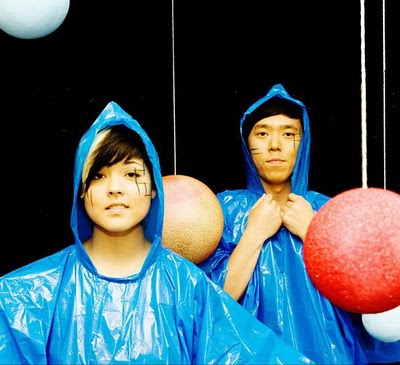 Megan Ouchida and Peter Suk went to the same church as children, but Peter was several years her senior and moved away before they properly knew each other. By 2008, Megan had already released two albums of beautifully tranquil electroacoustic pop when a mutual friend shared some of Megan’s solo work with Peter. Impressed, Peter immediately befriended her and asked if Megan would sing backup on some of the recordings he was producing.

It started with the two sending tracks back and forth via email, a la The Postal Service (“but in the same city,” adds Peter). The collaboration quickly grew and they decided to record a full-length album together under the name Mnemonic Sounds. After a year and a half and the addition of two more players to supplement the live show and recordings, the band released their debut album Muscle Memories on July 22nd, 2010 with a gig at the Doug Fir.

---
Leave a comment on OMN for your chance to win a copy of Mnemonic Sounds' debut CD and two tickets to their gig at Backspace on Friday, October 29th with Galaxy Farm.