big boi’s only nw stop is up north 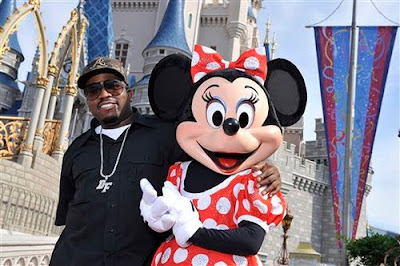 The creative people at Seattle’s City Arts Magazine have put together an impressive, first-year festival for this weekend, and although almost all of the national acts–like She & Him, Belle & Sebastian, Gogol Bordello, Foals and more–stop through Oregon before or after their time up north, one notable act completely left our state off his current tour.

That man would be the million-monikered godfather of speedballin’ ATL rap.

Mister Antwan André Patton, one half of earth-shattering duo OutKast, graces Seattle’s Showbox SoDo stage on Saturday, October 23rd as a thirty-five-year-old solo artist with a “grown-man persona” who has now proven, with the release of his debut solo album (even though we all had no doubts), that he is one of the freshest and most innovative voices in hip-hop today, even when he’s alone.

Daddy Fat Sax aka General Patton aka Sir Lucious Left Foot aka Billy Ocean aka Francis the Savannah Chitlin Pimp aka Big Boi fought the label and won, finally releasing his solo debut, Sir Lucious Left Foot… Son of Chico Dusty, after more than a year of contractual struggles with Jive Records before dropping the album in July on Def Jam. But for months and months preceding the album’s release, Big Boi hyped up the hip-hop world leaking tracks and videos for “Shine Blockas” featuring Gucci Mane, “Fo Yo Sorrows” featuring George Clinton, Too $hort and Sam Chris, “Royal Flush” featuring Andre 3000 and Raekwon (which didn’t make the album cut), and the album’s first single “Shutterbugg” featuring Cutty (below).

And since the album’s release there’s been more video-flash with the Vonnegutt featured “Follow Us” and “You Ain’t No DJ” featuring Yelawolf. Still dripping with his Dirty South style from bounce to 808-driven basslines, Big Boi has infused more indie rock (Vonnegutt), dubstep, grunge rock guitars (“Tangerine”), space funk synths, and the lovely contrast of dirty interludes with a sexy soulful voice like Janelle Monáe (“Be Still”).

The only thing missing from his debut solo release? Notably the voice of Andre 3000. He did collaborate with his old partner in crime...