the virgins + hockey get steamy at doug fir

What's saucier than a log cabin full of virgins?

How about NYC's The Virgins reverberating dance beats off the hewn timbers at the Doug Fir Lounge last night, December 19th, 2009.

The quartet served up an hour-plus set showcasing their self-titled debut album complete with their delightfully devious lyrics and catchy choruses.

With Portland's Pabst lovers well lubed, The Virgins kicked into a late cover of Aerosmith's "Sweet Emotion" that got the audience smiling and singing along.

Opening the evening with waves of luxurious, bouncy beats were hometown-hipsters Hockey, who blazed through a set featuring songs from their recent EP release Mind Chaos. Singer Benjamin Grubin danced with wild flair to synths and rapid drum beats. The crowd welcomed their dance-rock grooves and Hockey radiated energy on "Too Fake."

As the lights came up and the clammy air cleared, the audience exited into the chilly, dark of winter. But it's safe to say that no one went home a virgin tonight.
Posted by Unknown at 08:40 No comments: 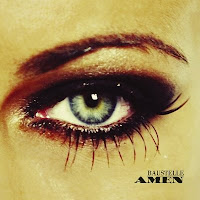 The Evolution of Chocolate: From seduction to animated animals. Then seductive songs to costumed animals. And finally gorillas and magic.

Or was that magic gorillas?

Bonus: a whole lot of claymation and animation.
Posted by Unknown at 18:26 No comments:

And then she asked for my hand in marriage. Right after I saw her Facebook ad. 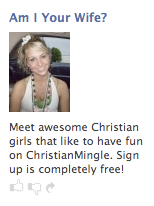 Do these things deserve their own blog?
Posted by Unknown at 13:51 1 comment: