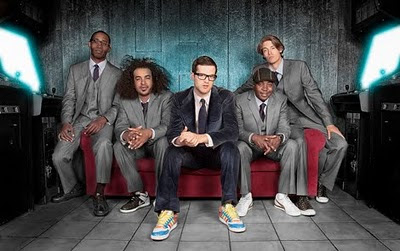 Andrew Mayer Cohen grew up on Hawthorne Road in Ann Arbor, Michigan, just outside of The D. Listening to “the best music ever made” while riding around in his pop’s car, Motown soul and Detroit jazz became the samples for his favorite hip-hop tracks.

Mayer is also one-third of the electro-soul-hip-hop group Now On (where his nom de guerre is Haircut), and recently, he’s been caught kicking it with Snoop Dogg.

Next up, Mr. Hawthorne comes to Eugene and Portland opening for the indie-electro (and also falsetto singing) Passion Pit...