q/a : hockey's been around the world 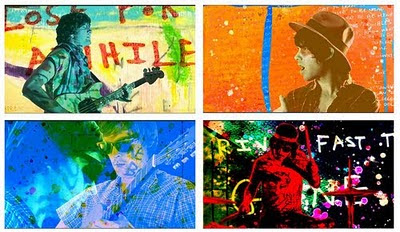 From SoCal to Spokane to Portland, Hockey eventually found a home and full lineup... but they don't spend much time here. For many in-the-know PDX hipsters, it feels like Hockey has been doing the same thing, for a while now. And for Hockey, sometimes it feels that way too.

After loads of hype in 2009, Hockey saw themselves propelled onto an international stage where their achievement checklists became quite impressive, quite quickly.

Constantly on the road rocking festivals around the world with their new wave, dance-rock, Hockey burned up the American blogs with dynamic, disco-funk performances at SXSW, Sasquatch, Bonnaroo, Lollapalooza, and CMJ while dazzling the English and European press at Glastonbury, T In The Park, Leeds, Reading, and many more. Sharing some main stages with big acts as well as touring with buzzworthy, indie dance acts Passion Pit and Friendly Fires, Hockey is trying to stay fresh--musically, mentally, and physically--as they continue to gruelingly spread their dance-rock rhythms worldwide.

As Hockey's lead singer Ben Grubin told the Crystal Ballroom last December, “You may not know this, but we’re from here.”

---
Read the rest of the interview and win tickets to see Hockey this weekend at the Wonder on OMN.
Posted by pdxnoise at 00:08