from a one man production to full bonobo live band 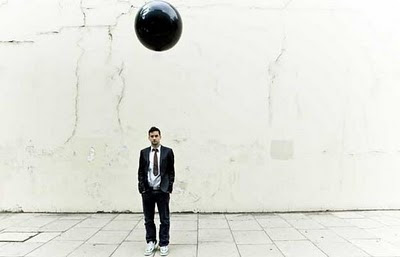 English trip-hop producer Simon Green makes beat-driven, downtempo tunes in the vein of Thievery Corporation under the moniker Bonobo. Jazzy and chilled, his music flows between many different genres, taking the snippets he sees fit, while often enlisting a seductive female voice to make his cuts ever so soulful and sexy.

Touring in support of Black Sands, which was released in late March, Bonobo visits the Wonder Ballroom on Saturday, April 24th as part of the Soul’d Out Music Festival, sharing the stage with experimental-electro shoegazers Yppah from Houston and Seattle’s Anomie Bell.

Bonobo snagged the irresistably cool Andreya Triana to stand as his “cohesive voice throughout the record” helping him create an identity across an album that brings together strings and woodwinds on tracks that run from “spiritual, psychedelic Jazz” to “wonky, synthetic Hip-Hop,” as Green describes it. But a cohesion exists because like all Bonobo-productions, it was made by one man, in one room, with Simon Green’s signature all over it.

Picking up where he left off with previous recordings, Bonobo forced himself outside of this comfort zone “pushing slightly off kilter electronica”...