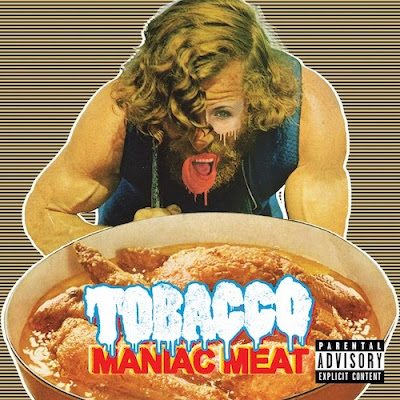 Tobacco warned Portland, “I wouldn’t recommend being on any psychedelic drugs for some of the visuals” before he brought his grit-hop to Holocene on Monday night. Immediately logging onto Chatroulette and pointing the camera into the crowd, Tobacco (the mastermind behind Black Moth Super Rainbow) and friends kicked into a wildly crunchy, chunky, electro-hip-hop set. But most eyes were transfixed on the projections abrasively staining the wall behind the three-piece. Some internet fans rocked out, others queried “WFT?!” and spun again while the loudest cheers of the night were for Chatroulette masturbator #1… there were at least two more.

---
Read the rest on OMN plus hear a track from Tobacco's new album Maniac Meat.