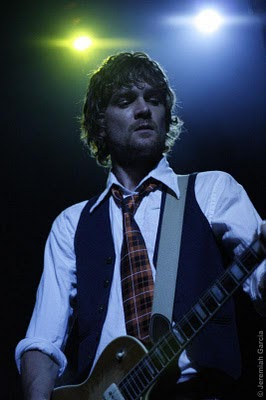 Brendan Benson put a smile on Portland’s face with as much ease and speed as he’d cruise the Lapalco Boulevard in Louisiana.

With driving pop rock, Benson pushed a button that exists inside all of us–one that released our natural rock endorphin making us bop to the simplest, most enjoyable elements of rock.

Benson led front and center relying heavily on his bounciest, poppiest tunes from 2002’s Lapalco. Opening with “Folk Singer” and rolling into “Good To Me,” he continued cranking out audience favorites like “You’re Quiet” and “Tiny Spark."

His solo work is much sunnier and twee than The Raconteurs alt garage rock, singing songs about love lost and gained–whether that love be women or cars.