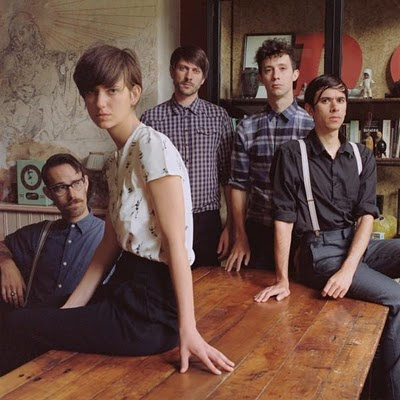 A mere three months after Fanfarlo said hello to Portland for the first time in November, they returned to the Doug Fir on Tuesday evening for an encore.

Two more materialized from the shadows and all five harmonized with echoey energy, chanting “It’s all I believe in” on “I’m A Pilot.”

Although the UK youngins have just one album to their name, 2009’s Reservoir, Fanfarlo makes timeless music easily mistaken for Beirut. And that’s okay, because there truly aren’t that many bands that can capture...