watch dirty mittens chat about ‘heart of town’… and jay-z 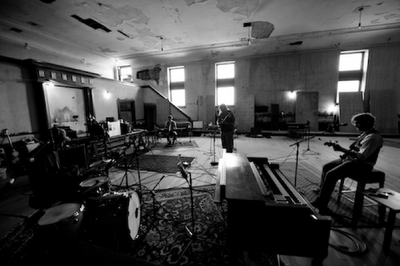 Sometimes jobs and life can get in the way of the making of a great album. For the Dirty Mittens both and more have gotten in the way of Heart of Town, which has been two plus years in the making. But thank goodness it’s here, and just in time for some real summer weather in Portland.

It’s an album that was meant for sunny times made by a family of friends that formed in 2006. They’ve been through line up changes, and while they may be looking for a drummer at times, they’re proudly here with their first album after more than five years of gigging about town and going on tour.

And it’s this friendship and dedication to one another and their craft that has held the band together over the years. Lead singer Chelsea Morrisey attests, “We get along great. It [the band] is more like a family. We’ve only released one record but we’ve already been on the road, more than once.” She continues, “I wouldn’t still be in this band if these guys weren’t great and we didn’t still get along really well because our time is valuable. We’re young and we don’t want to spend it with people we don’t care about and love working with.”

Heart of Town is the product of their labor and love; an album recorded in an abandoned Masonic temple in North Portland (about which guitarist Ben Hubbird says they had to hide from the high school kids when they came and went so potential vandals wouldn’t even know the building existed or could be entered) and with Jim Brunberg in his mobile studio. It features guests like Laura Gibson, Steve Berlin of Los Lobos, Dave Jorgensen of Blind Pilot (who was originally a “full-fledged member” of Dirty Mittens and played all the trumpet parts on the album), and Matt Sheehy (who Chelsea literally “grabbed off the street” to do vocals on “Arcadia” minutes before recording). 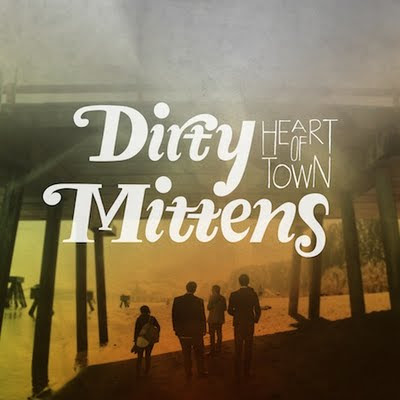 Heart of Town is a record ripe with catchy tunes like “Arcadia,” “This Here Year,” and “Row” (below), all of which appear on the first half of the album. But, much as the band has grown up and together over the last five years, the album builds in strength and confidence as it continues. It’s no less pop-perfectionism, but the soulful passion of “B-58″ (which Chelsea might refer to as her “500-pound, black woman” vocals), the super-bouncing explosion of “Steppin’ Up,” and the retrospective emotion of “Any Time, Any Day” perfectly close the 12-track, first volume.

We’re thankful for this debut album, but the real reason why we really love the Dirty Mittens and have been anticipating this release is their live reputation.

And it’s no wonder their dynamic performances are memorable with an attitude like Chelsea’s: “You have to demand respect and attention from your audience. People these days come to shows and they don’t even know why they’re there and they’re not really listening. I just want to remind them why they’re there. And why I’m here. This is not an easy thing; this a 40 hour a week job for me and it all comes back to those moments where people either remember you or they don’t.”

With that, the band, which also includes Patrick Griffin on bass, Noah Jay-Bonn on keys, and Josh Hawley on keys and guitar, are ready to celebrate the release of Heart of Town (a title that comes from a Jay-Z lyric and comes out on Magic Marker on July 12th) at Mississippi Studios on Thursday, July 14th with Black Whales (who are also releasing a CD, the reverbed Shangri-La Indeed) and Orca Team.

Watch the Mittens’ Chelsea Morrisey and Ben Hubbird talk about recording Heart of Town, Chelsea’s love for Jay-Z, and her debut performance of “One of Us”… yes the Joan Osborne song: