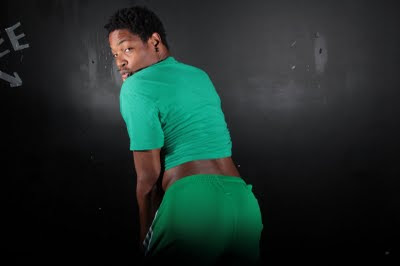 Besides the highlights that were mentioned elsewhere (Lost Lander, Loch Lomond, Wild Ones, Palo Verde), here are a few notes, in chronological order, from Saturday, July 23rd at PDX Pop Now! 2011.

Totally captivated: Although the crowd was small, the best part about kicking off PDX Pop Now! day two for Ezza Rose was the complete focus she received from the audience. Calm, quiet and relaxed, heads tilted a few degrees left or right and fixated eyes stared longingly while ears indulged in her delicate uke plucking alongside her stripped down band–just an upright bass and violin.

Loud, shirtless and screaming in their black jeans: Wizard Rifle, but of course. Who else? Plus they were the second heavy two-piece of the day rocking an Orange amp, although much smaller than Palo Verde’s.

Dance party that caught the crowd off guard: Following the bouncing pop of Monarques, E*Rock threw down a set that could’ve opened for Major Lazer, with “pumped up” (think clubbed up) cuts off his new record, The Clock & The Mountain. It may have been better suited for another night at another venue, like his home spot Rotture, but nevertheless it made for hot body movin’. And although you can oft find him DJing around town, you’d be wise not to miss his next performance. Listen to “Chrome Plates” from the new record:

Theme music to your next dream: Let Blouse transport you with their demur, ’80s inspired synth lines and shoegazing ethos. At their best, they sounded like a female fronted Smiths but mostly they were just looking to guide you through your next dreamsphere with their wispy rhythms.

Best brief appearance(s) of a purple, hooded cloak: Adam Forkner of Purple & Green as they were sound checking. It quickly disappeared (although it would make a reappearance later in the set) and it was nothing but slick R&B/electro hooks alongside singer Justin Leon Johnson. It was all super fresh beats and synth hits from Forkner and pure diva star action from Johnson plus some fly popping from their Aviator’ed dance boy and a head stand from Dusu Mali’s Ibrahim Kelly. We almost lost our mind.

And then we did… when Johnson took a leave from stage and returned purple cloaked only to toss it off revealing neon green jean short cut off hot pants… hence, the green. Wriggling his shirtless torso but scarf draped shoulders across the stage, this was the act that E*Rock should’ve preceded and possibly the best set of the fest (so far for damn sure), not to even mention the bootylicious white girl Johnson handpicked from the side stage for a romp during the final number.