thinking local : is economic gardening the right approach for job growth in portland? 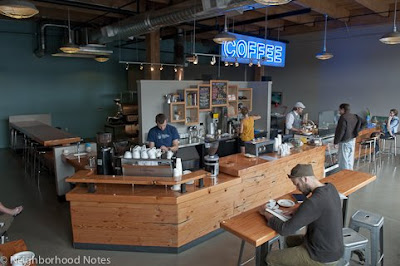 As demonstrated in the last installment of Thinking Local, a discussion of “Job Creation Not Relocation,” resident companies are growing considerably while nonresidents are losing jobs—that’s negative job creation.

In a 10 year period from 1999 to 2009, existing Portland companies grew by 63.6 percent while nonresidents (headquartered outside of Portland) declined by 8.9 percent, according to the National Establishment Time Series database. During this time, Portland-based small businesses with less than 10 employees were the only net job creators, adding 113,630 jobs.

So, it seems only logical to ask: How can we continue to stimulate local, small business?

Beyond traditional government subsidies, loans and educational opportunities, a group of Oregon lawmakers, dubbed the Grow Oregon Council, have stepped in with an innovative, entrepreneurial approach to economic development called economic gardening.

What Is Economic Gardening?

“By this, we meant that we intended to grow our own jobs through entrepreneurial activity instead of recruiting them,” he continues. “The idea was based on research by David Birch at MIT that indicated the great majority of all new jobs in any local economy were produced by the small, local businesses of the community. The recruiting coups drew major newspaper headlines but they were a minor part (often less than 5 percent) of job creation in most local economies.”

Over the next two decades, Littleton nearly doubled jobs (from 15,000 to 27,000) and the sales tax revenue tripled (from $6 million to $20 million) while the population only grew by 23 percent. All this and the city’s industries diversified.

How did economic gardening achieve all this?

---
Find out about the education, intelligence and mentorship need to stimulate economic gardening as well as what's happening in Oregon and how to get involved on Neighborhood Notes.