starfucker at branx + sasquatch: a q/a with shawn glassford 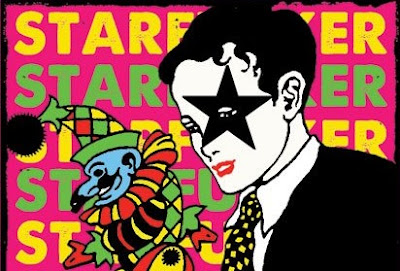 Portland's dearest electro-dance makers Starfucker are about to embark on their longest hiatus from the stage.

It's well deserved as this last year saw them crisscrossing the States several times, making new fans, selling out shows, and changing a few band and touring members along the way, all while playing to the biggest audiences of their careers—and impressing those crowds as they did at San Francisco's Outside Lands and Seattle's Bumbershoot.

As the band hunkers down in a house at the beach in Astoria and a few other studios, the current lineup of Josh Hodges, Keil Corcoran, Shawn Glassford, and Patrick Morris (formerly of Strength) will continue to slowly craft what they expect to be their third record, a double LP. Planning to take "our sweet ass time," as Glassford exclaims, don't expect the record anytime soon. "It probably won't come out until 2013," he says.

Until then, what'll likely be your last chances to catch Starfucker on NW stages for a while are coming up: Catch the boys with Unknown Mortal Orchestra and Wampire at Branx on Thursday, May 24th, and then at Sasquatch up in the Gorge, if you're heading that way. STRFKR will be on the Banana Shack stage on Friday, May 25th from 7:45pm to 8:30pm.

OMN recently caught up with Starfucker bassist Shawn Glassford to chat about last year, this year and the new recording.

You guys toured like crazy last year. I feel like you were constantly on the road, selling out more shows across the country and playing bigger and bigger festivals each time I checked in with you. What stands out from the time you spent on the road supporting Reptilians?

The one show that stands out the most is the Outside Lands Festival in San Francisco last August. That was a super special one for us. Not only was it the largest crowd that we had ever played for, but we had also just made some major changes with the band, and it felt like a whole new beginning. There was definitely some crazy magic in the air that day.

What do or don't you miss about the road and touring?

I miss being busy all the time when we're not on the road, and the hectic nature of traveling [to] shows. I thrive in hectic situations. Though, I do love checking out and not having shit to do. It's really hard to get into any routine when we're home for less than a month at a time, so I end up being kind of lazy when not on tour. Which I love/hate.

You've mostly taken this winter/spring off and holed up in Astoria to record. Why Astoria? Who's house is it?

Josh was out there for a couple months. It's a mutual friends house, up on the hill. The four of us we're all there for about three weeks working on recording stuff. It was a beautiful house that ended up being very magical and inspiring. Hopefully we can go back there someday. Astoria is a special place.

Listen to the original demo recording of "Astoria" from Starfucker's last album Reptilians. This track along with the other demos from the Reptilians sessions were recently released on vinyl for Record Store Day 2012 under the name Heaven's Youth, the original title of their second album: