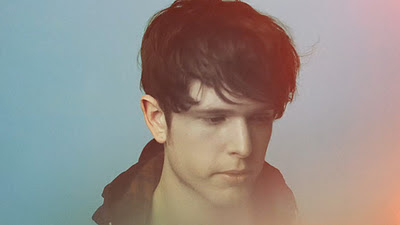 Although fans that saw James Blake on his first American tour, including a sold-out stop at the Doug Fir in May, worried about the intimacy that would be lost as he plays bigger and bigger stages, Blake himself is excited by the prospect–larger venues mean bigger sound systems with more low-end to create the massive sounds he’s seeking.

And James Blake demonstrated on Friday night at the Wonder Ballroom that the understated, introspective nature of his performance is still enough to captivate a larger audience, ably pulling the crowd in and keeping their attention with his drama-filled pauses and fragmented laments. Blake does have reason to fancy the increased power–his minimalist songs did sound good on a big PA whether he was vibrating the floorboards with active, soulful dubstep on R&S released EP tunes “CMYK” and “Klavierwerke”–the most club-worthy moments of the night–or providing a brief glimpse of unadulterated piano playing and vocals on “Give Me My Month”–the moment that most embodied Blake’s desire to play serious, solo piano sets, aiming “to make an art of the songwriting for piano.”

As many struggle to understand how James Blake can possibly be classified as dubstep, let alone what dubstep is, Blake simply described dubstep to OMN before the show as an “intense focus on a feeling,” and his stage presence, or lack thereof, was perfectly suited to amplify this emotion. Shy and subdued, his tall frame seated behind two keyboards, Blake mumbled a few anecdotes and was visibly touched by the audience’s reaction to his “melodic bass music.”

Listen to the entire OMN interview with James Blake including his thoughts on his new, “more intense” EP, Enough Thunder, expected in November and future collaborations with Bon Iver, aka Fall Creek Boys’ Choir, but sorry, not tonight at McMenamins Edgefield.

Reverbed, looped, layered and vocodered to create an Auto-Tune effect, the ever-transforming vocals wavered alongside the rhythmically discordant beats, both always on the edge of cracking to pieces yet masterfully restrained. The live layering and looping of the opening lines to “I Never Learnt To Share” captured the audience’s cheers as the audio’s balance panned from side to side, and the song furtively built into a droning, intense frenzy, which if ill-crafted would’ve been offensive. The same was true of the shattering yet delicately measured bass pulsations on “Limit To Your Love,” which obviously received the loudest cheers of the night especially when the disco ball started to spin.

---
Read the rest and find the setlist on OMN.