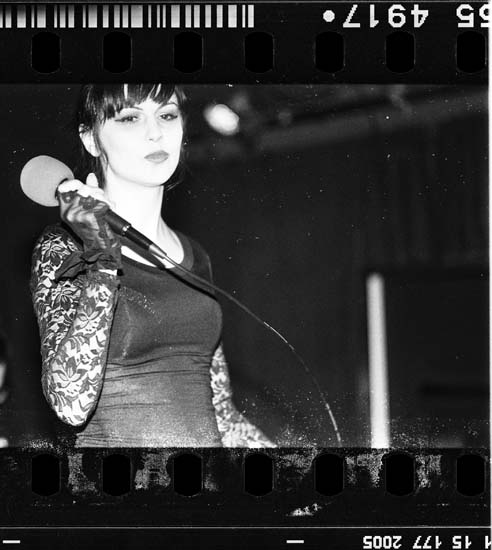 Less than six months ago, Soft Metals were still in their infancy. The duo, and couple, of DJs Patricia Furpurse and Ian Hixx were making music mostly for themselves.

They were discovering their sound–a mix of electronic industrial and darkwave, Italo disco and ’80s Chicago house; their musical abilities–how to produce and record; and each other, as their romantic relationship evolved as well.

With Ian’s analog synthesizers and Patricia’s spectral vocals, Soft Metals shared some songs on the internet and played a few gigs, until friend and fellow musician, Rafael Fauria of The Miracles Club, posted a demo of “Love or Music” on his blog in late February. Charting their internet orbit, the track was re-posted on Gorilla vs. Bear, 20jazzfunkgreats, and finally the heaviest hitter of them all: Pitchfork.

Feeling the cyber-love, Soft Metals were encouraged knowing that “we had an audience and that people appreciated what we were doing,” says Patricia. “So we knew we should keep working in that direction.”

After the buzz from the blogosphere, labels started knocking or emailing or whatever they do these days. The two weren’t sure if they were quite ready to expose themselves to the world let alone commit anything to record.

But as Patricia says, “When an opportunity like that arises, you have to go with it. You may never have people’s [or labels'] interest again.” Soft Metals decided to go with the Brooklyn-based label Captured Tracks based on a “gut feeling” that it was the right place for them.