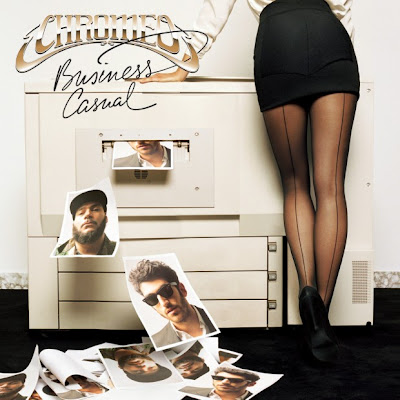 It’s been three years since Québécois electrofunk masters Chromeo showed their faces around Portland–and it’s not because they were run out of town by snarky hipsters. On the contrary, as their fame swells, so does the love they receive, now encompassing other schools including indie kids, DJs and clubbers.

Regardless of their mounting success, the two funk-heads remain down-to-earth, continuing to spend their lives studying the ’70s and ’80s grooves that populate their tunes, meticulous placing each beat, chord progression, and vocal harmony into each track.

“It’s a long process,” says P-Thugg, one half of the Chromeo duo along with childhood friend Dave 1. “It’s a true craft. We do it out of love.”

In the summer of ‘07, Chromeo was touring in support of their second, and breakout, album Fancy Footwork and played a packed house at Rotture. This time they’re headlining the Roseland Theater on Friday, August 13th and preparing to release their third studio album, Business Casual out on September 14th. When they visit Portland, they’ll be just over halfway through their North American dates and ramping up to play the Hollywood Bowl with the legendary Chemical Brothers and Portland electro-ideologists YACHT.

The team of Dave 1 and P-Thugg, self-dubbed as “the only successful Arab/Jewish partnership since the dawn of human culture,” have hit some huge career highs this past year–namely earning praise from personal idols Hall and Oates, with the former inviting Chromeo to his home to practice and perform on a webisode of Live From Daryl’s House. This experiment spawned a one-off performance of Daryl Hall and Chromeo live at this year’s Bonnaroo festival.

Revealing just two tracks so far from their upcoming release, Chromeo has remained true to their ethos giving fans glimpses of their old selves while stepping up the complexity of their music.

“We tried to balance it out between having a bit of an evolution musically and staying fun,” says P-Thugg.