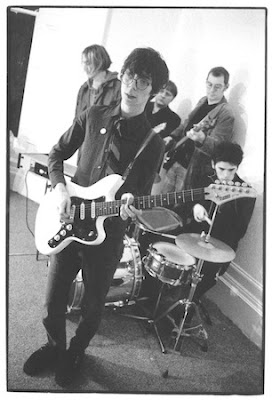 If you don’t know The Yummy Fur, you know a plethora of bands who they’ve influenced. You’ve been listening to this 1990s Glasgow group for the last decade, only reincarnated as Franz Ferdinand or through the bass lines and dance rock that drives indie acts like Interpol and Gossip.

So four boys from Scotland made their first trip to the United States as The Yummy Fur, over 10 years after the band last played together in 1999, to play five dates and ultimately bow out (probably forever) at Mississippi Studios in Portland.