phoenix precision at the crystal ballroom 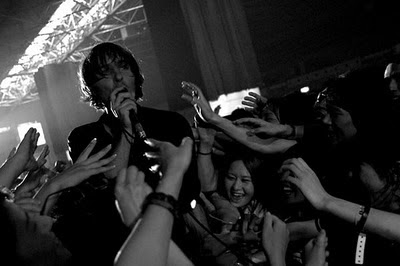 On Sunday night, Phoenix were bigger than any Louis or archduchess. They were the rightful Kings of Versailles, sovereign rulers of the Crystal Ballroom.

A blissful evening full of bubbly, bouncing tunes kicked in immediately with the head-bobbing, shoulder-shimmying cracks of “Lisztomania.” Phoenix are one of those bands that sound just as clean and pristine live as they do in a recording studio. The crowd was instantaneously thunderous and robust singalongs were belted out with every other song as the claps climbed up to the chandeliered ceiling.

White strobes like flash bulbs blinded the audience as extra percussion boosted “Lasso” and “Girlfriend” with the drums kicking so potently, the songs ended like they were just beginning.