q/a with alicia j. rose on curating ‘that was then, this is now : portland music videos’ for reel music festival 29 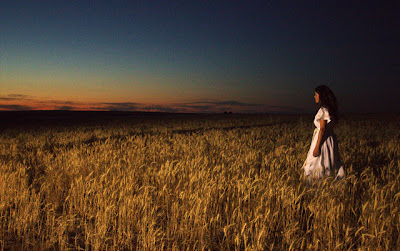 Last year we gave the nod to Rose by showing her music video for Loch Lomond’s “Blue Lead Fences,” and in just the last eight months alone, Rose has released gorgeously intriguing videos for Portland locals like AgesandAges, Menomena, and Holcombe Waller, among others.

On Tuesday, October 11th at the Mission Theater, Rose, alongside Sara Lund, will show her selection of Portland Music Videos, a presentation dubbed That Was Then, This Is Now–the theme is “a hand-picked selection of vintage and current music video offerings created by a host of talented directors and animators who call Portland home,” and Then includes videos from Elliott Smith (Jem Cohen), Nirvana (Lance Bangs), and Sleater-Kinney (Miranda July), while Now selections include Menomena (Stefan Nadelman), Fleet Foxes (Sean Pecknold), Modest Mouse (Nando Costa), The Decemberists (Dennis Fitzgerald & Greg Brown), Death Cab For Cutie (Lance Bangs), Miracles Club (Judah Switzer), Sallie Ford (Matthew Ross), and many more as well as the world premiere Rose’s own video for Talkdemonic’s “City Sleep.” The complete line up of videos is listed at the end of this article.

Tell us about your theme–That Was Then, This Is Now–and why you chose it.

I wanted to curate a video program that encompassed the spirit of the past and the present. Creatives have been flourishing wildly in basements around Portland for years, making music and film that defies both budgetary and logical means. To me there’s a connection between the scene in the early ’90s and what’s going on today. A certain authenticity and heart of expression has driven a palpable evolution in both artistic arenas.

I moved to Portland in 1995 after stopping through on tour in the early ’90s. I found out about the scene from working at college radio and booking The Chameleon in the early ’90s in San Francisco. I was a giant fan of bands hailing from here–Hazel, Unwound, Elliott Smith, etc. There was something really special going on. All the bands I saw from Portland had a certain kind of earnest passion that I instantly connected to. The videos I chose for the Then part of my program represent an overview of the cream of the crop. The Now portion is a sampling of the incredible directorial and musical talent that has been emerging since the “SLR revolution” and the crazy interwebs. Now, there is a new ease and motivation to creating video work and Portland is ripe with juicy locations and skilled crewfolk. Just like bands can now make records with their computers, directors can now make videos with their regular cameras. Whoah.

What were the criteria?

With only a couple exceptions, I stuck to Portland bands and Portland directors. The Then program was ’90s based, and the Now program, I wanted to keep more current–2000-ish forward. There are two directors that have videos in both sections–Zak and Lance–and they still live and work here. But of course I made a few choices that had only one side covered…