impossible to get 'out of my head' : a q/a with shadows on stars 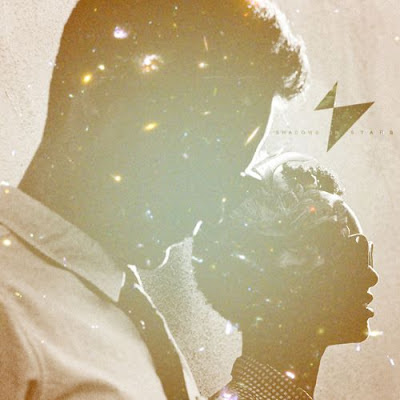 The best introduction you could possibly have to Shadows On Stars is the gritty, Santigold/M.I.A.-esque banger "Out Of My Head." It's two minutes and nine seconds of ear-worming beats, hyperactive synth lines, and crackling call outs. And if you watch even the first 20 seconds of the video for this track, you'll witness a polished sex appeal that's much more LA than PDX.

But that's the beauty of Portland's dynamic music scene: The duo of producer-vocalist Brian Vincent and singer Randa Leigh fit in just as well here as they would anywhere else. And now it's time for you to learn, know and remember their name.

The two PDX transplants met "in college nearly seven years ago. We were both songwriters and started creating music and writing songs in the dorms, most of them sucked," they joke. "In 2010, we decided to try and put some real demos together and that’s when Shadows On Stars was born."

Fast forward to July 2012 and Shadows On Stars are continuing efforts to promote their self-titled debut, which covers much more musical territory than the above dance cut. In fact, according the band, it's more of an “anything goes” effort; "more of an experiment than a studio album." And this ethos is clearly reflected in the mixture the two have concocted.

There's plenty of grit and tenacity, à la "Out Of My Head," on the record, but the depth and variety display hip-hop influences mixed with glittering indie rock as the harsh tracks give way, teetering towards indie rock beauty.

Tracks like "Pay The Rent"—with its minimalist beat and echoey, rapped vocals—and "Punk Kids"—which almost sounds like two songs laid on top of each other as the underlying guitar riff holds together the scattered beats and raps that fly across the surface—are jarring and brazen. The screaming guitars and muffled wailing of "Never Let Me Down" that precede these songs are almost reminiscent of a beat-focused, less-intense Sigur Rós.

And all of that is contrasted yet again but the beautifully soaring "Here," which pays homage to late '90s indie rock icons like Death Cab, or the delicacy of "I'll Be The Light," which combines a dance beat with wispy marimba tones.

The intensity of the headstrong jams and the diversity of placid yet danceable pop songs are tempered by a childish nature and the duo's immature exploits, like staying inside all day on "Sweat Pant Bandits" or young, carefree love on "Whiskey & Cigarettes."

While Shadows On Stars' record has been available streaming on their website since March 26th, the actual release date for purchase was this past Tuesday, June 26th, and the duo will celebrate the physical CD release at Dig A Pony on the Fourth of July with Street Nights.

The pair also just unveiled the new video for the latest single "Here" and say this about it:

"The video for 'Here' was filmed while we were in New York this past February. Most of the footage was captured at a restaurant in Manhattan called The Lion. It was probably one of the most lavish days of our young careers. Wonderful food, bourbon a plenty and absolutely incredible decor. The video was directed by Crooked Engine and they did an amazing job at capturing how beautiful the scenery was that day."

Email ThisBlogThis!Share to TwitterShare to FacebookShare to Pinterest
Labels: dig a pony, shadows on stars