a summer trip : go ‘in absentia’ with pegasus dream 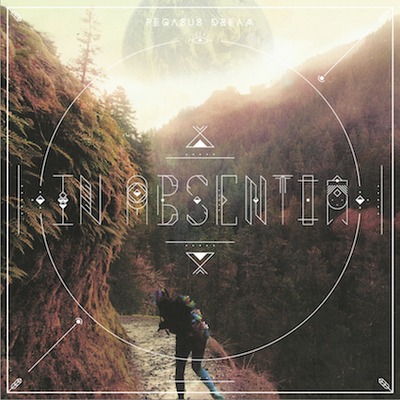 It's about this time of year that Pegasus Dream likes to drop a gloriously intricate electronic and psychedelic bomb on Portlanders.

Releasing their debut album in August 2010, the duo of JT Lindsey and Andy Carlson is now solidly a trio with the addition of drummer and producer Jeff Bond. And the three are back with a fresh, five-track EP of jams so perfect for the summer nights that'll hopefully soon be upon us.

With Bond behind the controls at his studio Clangor Den, the polyphonic layers on In Absentia feel much fuller and richer than the previously home-produced Pegasus Dream efforts. But the distinctive Ratatat-meets-MGMT style of PegDre is still intact with indelible melodies that shift instantaneously after being imprinted upon your brain. And as the falsetto vocals mimic the high-pitched synths, all five songs are ripe with electronic flourishes that are enchanting enough to make you dance whether you're driving with the windows down on a sunny day or listening late into the evening on the porch.

Listen to the title track "In Absentia":

In preparation of the new EP's release via SoHiTek Records on July 10th, keyboard player and vocalist Carlson got together with friend and artist Lindell Serrin, who also designed the artwork for Pegasus Dream's debut album Painting Pantheons, to create a subtly interactive website and online experience for In Absentia.

"Lindell and I actually collaborated on this project over the span of a few months," Carlson says. "We wanted the art to reflect the more organic/analog sound of the EP. We spent a lot of time researching and sharing art direction that we liked that we felt would fit our style. We also wanted to make sure the art reflected the more sophisticated nature of the songs."

"The typography and symbols are meant to represent the mythology we feel has always played somewhat of a role in our music," Carlson explains. "I programmed the website and took the photography, while Lindell did the type work the disc print layout. The website and the CD were designed side by side, neither was an afterthought. The website is like a CD in an all-digital form."

As PegDre looks to celebrate the release of In Absentia with a show at the Doug Fir on Friday, July 13th with Aan and Forest Park, they've planned a few treats for attendees. The band has partnered with a custom bracelet website, Wearshare, to create limited edition In Absentia bracelets. Each canvas bracelet will have a QR code that will link people to a free download of the new EP. Plus, the first 100 people through the Doug Fir's door will also receive a free CD copy of the record.