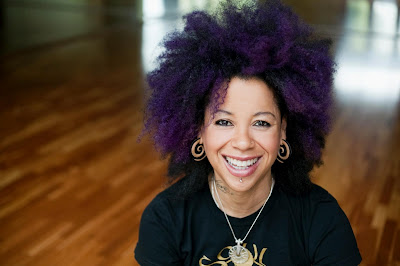 Bibi McGill is so much more than the woman behind the blazing guitar riffs that have elevated Beyoncé's live performances to the next level. As the touring guitarist and Musical Director of Suga Mama, Beyoncé’s 10-piece, all-female band, Bibi showcases her ability to rock her own original compositions within the framework of Beyoncé hits, all while overseeing the rest of the musicians and production elements onstage.

After cutting her teeth in the clubs of LA, Bibi developed her impressive stage persona and indispensable expertise on the massive stages of Latin American with the likes of Paulina Rubio—often dubbed Mexico's Madonna—and Chilean rockers La Ley before joining Beyoncé’s team.

Making her home in Portland, Oregon, Bibi's healthy lifestyle is what keeps the afroed and intricately tattooed guitarist balanced. Focusing her entrepreneurial energy on her own line of handmade, organic Bibi Kale Chips, she is also an accomplished yogi who strives to make yoga available to everyone.

---
Read my interview with Bibi McGill from the fall 2011 issue of About Face Magazine.
Posted by pdxnoise at 09:25