winter warmth : a q/a with memoryhouse’s with evan abeele 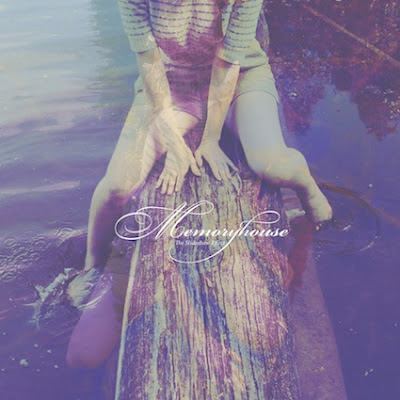 As composer Evan Abeele and vocalist Denise Nouvion prepared their debut album for release on the last Tuesday of February, the comparisons to Beach House continued to pour in.

It's an apt description, but on The Slideshow Effect, Ontario's Memoryhouse pulled inspiration from some past classics (Emmylou Harris, Dusty Springfield, Fleetwood Mac) dropping the reverbed sound of previous recordings (from 2010's The Years) and putting Nouvion's beautifully delicate vocals at the forefront, kissing you before Abeele's compositions float forward to make the contact of a full embrace. The warmth is then multiplied by the presence of a smidgen of Canadian country as several of the 10 tracks feature the delicate twang of a pedal steel.

And although Nouvion may audibly lead on the Sub Pop-released record, Abeele has gained more confidence in his production (with the help of friend, collaborator and occasional Memoryhouse bassist Barzin Hassani Rad), pushing his compositions to include guitars, piano, Rhodes, bass, vibraphone, Hammond, and Juno keys on The Slideshow Effect—which you can watch in its entirety below (images provided by Nouvion).

Approaching the tail end of a 15-date North American, with a European tour to follow, Memoryhouse's Evan Abeele answered a few questions for OMN via email in advance of their Sunday, March 11th show at Bunk Bar with PDX via Ft. Lauderdale's Arrange (aka the 19-year-old Malcom Lacey).

Tell me how the title of your new album, The Slideshow Effect, and even your band name, Memoryhouse, aptly describe the concept behind your debut album.

I think the idea we wanted to explore on our album was that it's not what your remember, but how you remember. All of those loose, messy narrative threads that shape your life based on how you process people/places/events. I think it's a relevant point of discussion since there has been such a critical turn towards nostalgia in popular culture, especially in music as of late.

You've been quoted discussing the timelessness of your sound saying, “I think the sound we have right now fits ‘out’ of time, but, obviously, is still ‘in’ our time. It’s something that could have happened many years ago, but it also sounds contemporary.” What influenced you musically on this record?

I like albums that bring you into a specific world created by the artists, so that was something I really turned to for inspiration. Albums like Dusty in Memphis are really cool—the instrumental palette is consistent through the record, but remains varied and just generally deepens as the record progresses. Plus you never lose Springfield's voice in the recording. I saw a lot of similarities between her and Denise so I wanted to implement a similar approach for our record.