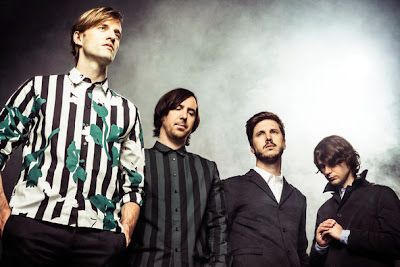 Hippie—that's the direction Cut Copy has gone with their fourth studio album Free Your Mind. Well, hippie "in terms of uniting traditional guitars and dance music," frontman Dan Whitford told T Magazine. Inspired by the music of the two Summers of Love ('60s psychedelic rock and acid house of the late '80s, respectively), Whitford believes "those eras were about opening minds, stylistically and culturally—it wasn’t just black and white, but all things coming together"—and they’ve been experimenting with this themselves while ensuring that you dance your ass off. Openers include LA's Kauf (aka Ronald Kaufman), whose debut EP, As Much Again, is out now on Cut Copy's own Cutters label, and the US-based (via Milan via Greece) producer Larry Gus showing off material from his recently released, and also psychedelically tinged, DFA record Years Not Living.


Listen to the third single, "We Are Explorers," from Cut Copy's Free Your Mind (which is currently streaming in full on NPR, plus watch the vid for the title track) out on November 5th: