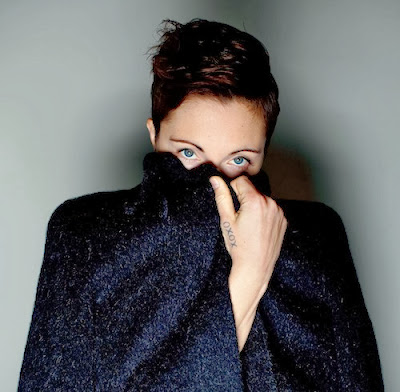 Poliça has only turned up the emotional intensity on their second effort as demonstrated by the graphic album art of Shulamith (pixelated to a blur on outlets like iTunes and Amazon) and the disturbingly violent video for "Tiff" featuring vocals from Justin Vernon, the first single from the record. Released one month ago—to the day—on Mom + Pop, the sultry noir of their electronic R&B again hoists the Auto-Tune-drenched vocals of Channy Leaneagh to the forefront with hypnotizing effect, but what really makes this showing of Poliça special is the fact that they're being supported by the producer who helped start it all. Ryan Olson (of Minneapolis' GAYNGS) was the one who conceived Poliça's debut album with Leaneagh but chose to forgo touring with the burgeoning band. With a complete band now intact (still featuring two drummers providing those layered beats), Shulamith may have been more of a collaborative process this time around, but Olson was also there to contribute beats programming, production and synths. Meanwhile, he was working on his own vocally affected, percussion-heavy project called Marijuana Deathsquads alongside Isaac Gale and Stefon Alexander (aka P.O.S), an experiment in evolution and improvisation—like many of Olson's offerings—that's punk, rap and sharp on the edges.


Listen to the aforementioned "Tiff":