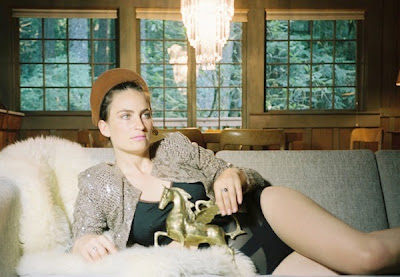 Portland threesome Blouse are back with a sophomore effort, Imperium, that retains the noir dream pop air of their synthesized 2011 debut although with a noticeably different edge—the trio definitively decided to discard their keyboards and drum machines in favor of writing and recording with "instruments that don't plug into the wall," which was a self-imposed mandate handed down by band member and producer Jacob Portrait. While the record feels more in your face, the new sound is still concealed by a wall of fuzz above which hovers the ethereal, Nico-like vocals of lead singer Charlie Hilton. Released this Tuesday, September 17th on Brooklyn's Captured Tracks, Blouse heads home to the Star Theater to celebrate. The feminine, Austin-based electropop of Feathers alongside dramatic electronics from Portland's Litanic Mask open the release party.


In the proud tradition of Portland indie rock, "No Shelter" threads a Dandy Warhols-esque energy into Imperium's first single:

Email ThisBlogThis!Share to TwitterShare to FacebookShare to Pinterest
Labels: blouse, feathers, get out, litanic mask, omn