As summer fades into fall, it’s only natural that Portlanders head indoors for a little intellectual stimulation as well as some sensory entertainment. A lot of arts and entertainment programs kick off their yearly schedule in September and October as the calendar starts to fill up with festivals, performances, lectures, screenings and more. From theater and music to lectures and film, Neighborhood Notes has highlighted a few arts and cultural events that we think you should look for in the remainder of 2013 as well as look forward to in the new year.

Founded in 1896, the Oregon Symphony is one of the oldest in the nation. Featuring more than 70 full-time musicians, the ornate Arlene Schnitzer Concert Hall—home to the symphony and called The Schnitz by locals—hosts almost a quarter of a million attendees each symphonic season. Performing a full schedule from September through May, yearly offerings include the requisite classical concertos, spirited holiday standards, and collaborations with modern recording artists as well as Portland indie rockers.

Siren Nation isn’t tied to a single medium. Rather, the arts organization strives to spotlight original works by women making music, art, film, fashion and more. Hoping “to inspire and empower women of all ages to create their own art” while highlighting the achievements of those already working in the arts, Siren Nation brings female-made works and female-fronted performances to venues across the city each November. The annual event includes a film fest, arts and crafts fair, fashion event, visual art exhibition, and free workshops alongside a weekend of musical performances by local, regional and national talent. 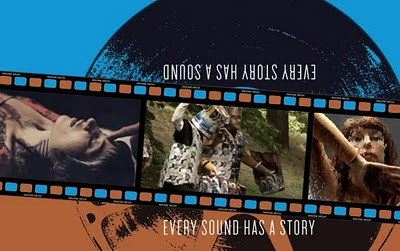 An arm of the Portland Art Museum, the educational and curatorial institution offers year-round classes, equipment rental and frequent exhibitions in the form of several notable film festivals. The NWFC’s fall offering each October is the musically themed Reel Music Festival. Celebrating the “interplay between sound and image” for more than 30 years, these films frequently explore music, culture and art through live concert footage, documentaries, music videos, and imaginative obscurities. Filmmakers are often in attendance to introduce films or answer questions after screenings. Other annual cinematic events organized by the NWFC include the regional film showcase at the Northwest Filmmakers’ Festival each November, the Portland Jewish Film Festival, and the outdoor, summer series, Top Down: Rooftop Cinema, as well as ongoing programs and exhibits. 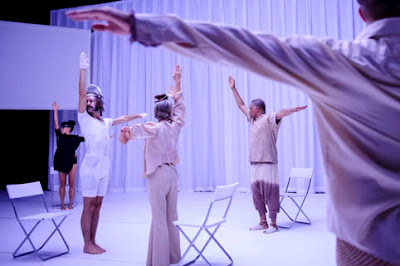 Each September for more than a decade, a creative cacophony descends upon various venues during the final days of summer as the Portland Institute for Contemporary Art’s annual TBA Festival brings truly eclectic, experimental and sometimes just odd performers (in dance, music, theater and more) and visual artists. These local and international talents make a canvas of the city for 10 or so days and present a vast chasm of works and sensory experiences at all hours of the day and night.

--
Get more highlights of the 2013-14 arts season in Portland, including more music, film, theater, comedy, literature, lectures, and other performance picks, on Neighborhood Notes.
Posted by pdxnoise at 11:33