where to find the best beats at what the festival 2012 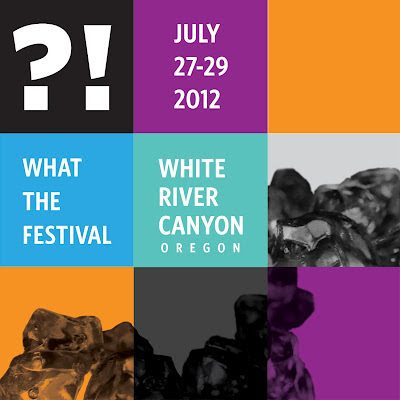 If you're looking for Pickathon meets Paradiso—the community-oriented, wilderness-encircled camping experience combined with some of today's most ground-breaking electronic musicians—then this summer's inaugural What the Festival is your dream ticket.

Located two hours from Portland, nestled just outside the Mt. Hood National Forest in the scenic White River Canyon, WTF?! is shaping up to be a veritable amalgamation of the electro-offerings at Coachella, Electric Daisy Festival, Burning Man, and Sasquatch. Between the art tent, splash pool, hookah lounge, yoga deck, and a variety of local food vendors and artisans, this festival will be an eclectic junction of things to see and do. Three full days of camping, exploring, raging, and finding time for sleep and peace already sounds wonderfully daunting with the knowledge that you'll want to be in a million different places at any given time.

The lineup for the first-year fest is impressive with DJ, dance and electro artists coming in from around the world to share the stage with a handful of noteworthy acts from the Pacific Northwest. Here are some of the highlights from each day, contributed by Jennifer Tibbett and Chris Young: 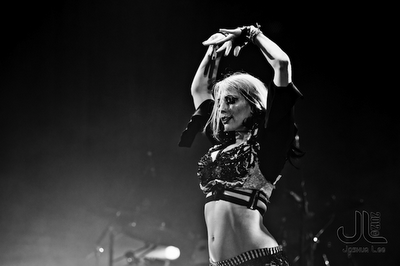 Beats Antique already showcased their belly dancin', livetronica steampunk on the stage at Sasquatch this past May as well as the sands of Black Rock City and Eugene's McDonald Theatre in the last 12 months. And we're sure they'll be happy to be back in Oregon forests this summer for a night-one headlining set that takes "so-called inhuman sounds and give[s] them dynamics and human expression,” according to BA drummer Tommy Cappel.

If your camp is set up by 5:30pm and you're just hanging out, you should be doing so with PDX mainstay DJ Tyler Tastemaker.

For consecutive years, Austin's Ghostland Observatory was frequently rolling through town, headlining the Crystal and playing to a packed house of wild fans. We've yet to see them in PDX in 2012, but that's okay because the duo of Aaron Kyle Behrens and Thomas Ross Turner will be headlining WTF?!, assuredly inciting the crowd with thrashing, synthesized electro/rock/funk classics like “Rich Man,” “Dancing On My Grave” and “Sad Sad City” (below): 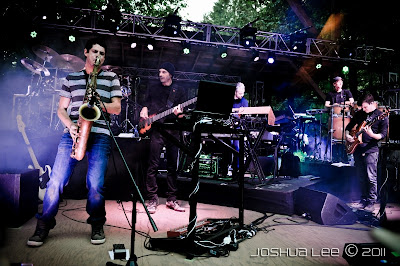 A tight collaboration between classically trained saxophonist/producer Dominic Lalli (he's got a master’s degree in jazz from the Manhattan School of Music!) and drummer Jeremy Salken, Big Gigantic is an electronic-jam-band-dance-party. Releasing their latest album, Nocturnal, for free on their website this past January, it's already been downloaded more than 120,000 times. Now, it's time to watch the band flit between keys, sax, laptop, drums, and more on stage.

For some super-fresh, female faces out of Portland, must sees include the sultry R&B, hip-hop songstress Reva DeVito and the soulful, R&B electroneer Natasha Kmeto. Check out more of Kmeto's blend of hip-hop, trance and electro here. Plus, another PDX local to peep is dancefloor experimentalist Danny Corn.