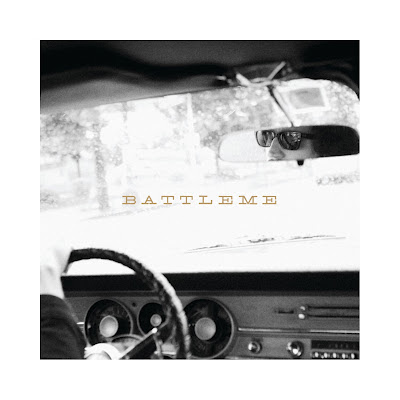 Matt Drenik came to Portland in the summer of 2010 for two reasons: a girl and an eye institute.

In 2009, Drenik was diagnosed with uvetis—an autoimmune disease that affects the eyes. It's the fourth leading cause of blindness and there is no known cause or cure.

"I think when something as sensitive as the eyes gets compromised, you start to really see the world differently," Drenik says. "A lot of the things that used to bother me don't really hit me the same way. I think every person has a different reaction to a life-changing experience. With me, I just felt that I wanted to say so much more than I had. And that time was now. I didn't have to wait anymore. And I was done thinking too hard about what other people thought... or even what was right. I just did."

This was the birth of Battleme, developed in the Portland basement of the aforementioned girl while she was at work.

When Drenik finally left Austin for good and moved to Portland in June 2011, his former band, Lions, was put on permanent hiatus. But before that, "In the summer of 2009, Lions was on a national tour and hooked up with our friends Red Fang to play Portland and Seattle together," Drenik recalls. "John [Sherman, Red Fang's drummer] took us out on our night off and we ended up landing at the Slow Bar. Our friend Maureen worked there. I got the intro to a girl sitting at the bar. She later became my wife. For real."

This nascent love and the potential loss of his sight were driving influences as Drenik recorded the sounds—every weird, genre-twisting experiment—that poured from his mind last summer. Surfacing with a handful of tracks, 11 songs would ultimately become Battleme's self-titled debut, which is due out on Tuesday, April 24th via Thomas Turner's (Ghostland Observatory) label, Trashy Moped Recordings.

"With Battleme, it's just me," Drenik says. "I play all the instruments. So, I'm my own filter. And since my tastes bounce from one thing to the next, my filter tends to be a bit ADD. This can be super-liberating and terribly frustrating, depending on who you talk to. I always thought it was pure."

The transfigurative nature of the album swings from danceable rockers to sparse and intimate songs. Some tracks—including the first single "Touch," which you can download here—have already drawn comparisons to LCD Soundsystem and The Flaming Lips' Wayne Coyne. But the palate is varied from the, intentional or not, Ghostland-esque synth lines to jangling tambourines to twangy slide guitar. Drenik thinks of it with same mindset you'd use when creating a mixtape, that each song should simply and spontaneously fit together, "always flow[ing] from one mood to the next."

"I'm not exactly sure where the sounds come from," he says. "Maybe it's the mood I'm in when I'm writing it. I think I was just tired of trying to figure out what I was supposed to sound like."

With his disease currently in remission, Drenik says he's "been stable since 2011" but "it's still always in the back of your [my] mind." As he preps to celebrate the release of Battleme at the Doug Fir on Friday, April 27th with My Goodness and Secret Music, Drenik is ready to share his newest and purest body of work with audiences. (The Portland show is preceded by a Seattle gig on the 26th at High Dive and followed by a set at the Oregon Garden Brew Fest in Silverton on the 28th.)

After you were diagnosed with uvetis in 2009, you had to change your lifestyle.

How did your diagnosis influence your songwriting?

Everything was just so immediate at that point. I wanted to write all these songs. And record different parts. I wanted to make a piece of art. Lots of pieces. And I think that all came across in the early demos. It wasn't a conscious choice to record a bunch of folk songs. I was living in a small place in Austin and couldn't be very loud.