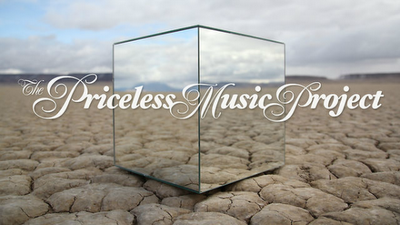 Did you ever think a record label would tell you that?

Tender Loving Empire founder Jared Mees isn't sure if his "priceless music" model will work, but he still believes the concept is worth exploring.

"It's definitely not rooted in traditional capitalist commerce ideas," Mees admits. "It's rooted way more in how a relationship works. If I give you something for free, you're going to do something for me later." Acknowledging his own potential naivety, Mees maintains, "You have to do something risky if you want to get extraordinary returns."

Enter The Priceless Music Project, Mees' innovative, game-changing endeavor that aims to implement a new form of e-commerce where audiophiles can purchase music direct from indie record labels and bands, paying whatever they want while also gaining some insight into the music-making process and even being rewarded for spending above average to support the music they love.

So, is The Priceless Music Project the future of buying and sharing music online? Mees doesn't know, but he's willing to find out. And, if you build it, they will come. But will they buy? Or just download for free?

"A lot of this is just us hoping and praying but ultimately we don't have anything to lose. We're already in that situation," Mees laughs.

"That situation" is the current state of the music industry, and the fact that, according to Mees, it can't get any worse. Mees has always had a unique, hands-on approach to his work in the music world. In building his multidimensional, hybrid business—Tender Loving Empire is a retail store, custom screen printing shop, and a record label—Mees has always tried to create community first and foremost, establishing relationships and educating along the way.

Because of this, Tender Loving Empire is "an actual viable business" now. "If we weren't doing something that reflected the community, I don't think we would be doing as well as we are," Mees says.

And Mees intends for same mentality and principles to guide The Priceless Music Project.

"The goal of The Priceless Music Project is to allow music fans to get the music that they want to listen to for the price that they see is fair," Mees explains. "Also, to allow musicians and labels a different type of relationship with their customers and fans."

His outlook involves more than a little bit of faith in humanity, trusting that dedicated music fans truly respect the independent artists who are making music and will pay for it.

Watch Mees give a demonstation of the project here:

TLE first announced the project in early December along with a fundraising campaign, which expires in just under a week. Currently seeking $48,000 on IndieGoGo to fund the idea, The Priceless Music Project is not remotely close to that goal, but "this fundraising campaign is just one of the many ways to raise money," Mees says.

"Our next move is going to be to basically bootstrap the development of this project so it works with our own website, let folks test it out, and see what it needs. And then, hopefully, use that momentum to help drum up some more investment to take it wide," Mees explains.

At the end of the day, this is a huge project that already has, and will have many more, advocates and critics as everyone from musicians to fans to industry people each have their own opinion on the concept of pay-what-you-want music. The current idea is completely in-house but it will need much more than just TLE behind it to get it off the ground, and Mees is definitely seeking input from parties that would like to get involved.

"We know that we have to branch out," Mees recognizes. "We are not the experts on how this should all work. We just know that something different needs to happen."

As far as the current progress of the project: "In the scheme of things it's still early," Mees says. "Twelve months from now, I expect the platform to be at least a functional part of..."

---
Read the rest including an interview with Mees on OMN.