mapping out a ‘myth’ with geographer’s mike deni 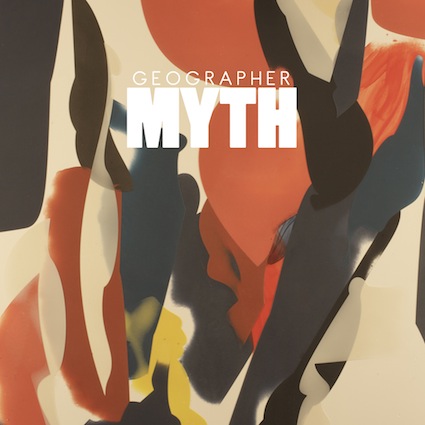 Portland is no stranger to creative cellos, but Geographer's Nathan Blaz has a knack for achieving some unexpected sounds from his stringed instrument.

"I realized the other day that nobody is really doing what Nate is doing with the cello," says bandmate Mike Deni. "He uses both electric and acoustic, and runs it through effects and gets some extremely abrasive distortion out of it as well as just gorgeous delay textures. We worked a lot with our producer Eli Crews to achieve these sounds, all of us standing around tweaking the pedals and amps together."

Listen to Geographer perform "Kaleidoscope" live at The Ogden Theater (and download this track by leaving your email address here):

But now the multi-instrumentalists have another complex set of songs to map out for the stage as they join The Modern Art Tour with Miniature Tigers, The Chain Gang of 1974, and Pretty & Nice at Branx on Friday, March 2nd.

Where do the ideas for these sounds come from?

Deni: The ideas are usually generated from diving into the instruments and pedals. Just from playing around with different combinations and effects as we're building the song from the ground up. Later on we might chase ideas that are in our heads, but most of the initial sounds are from experimenting.

Your music has an eerie but beautiful spectral quality that lives in the levels of intricate layers on Myth. Tell me about your process for developing and creating this sound in the studio?

I think a lot of it has to do with the array of vintage pedals at Tiny Telephone. John Vanderslice is a man of many talents, but one of the ones I admire most is his ability to acquire unique gear. We spent a lot of time matching each particular cello and guitar sound to a unique amplifier. We tried to never use the same combination twice, and make sure we weren't being lazy. As far as specific gear we used, that's a trade secret.