Oregonian film critic Shawn Levy explains why Portland is second best to Paris when it comes to watching movies. 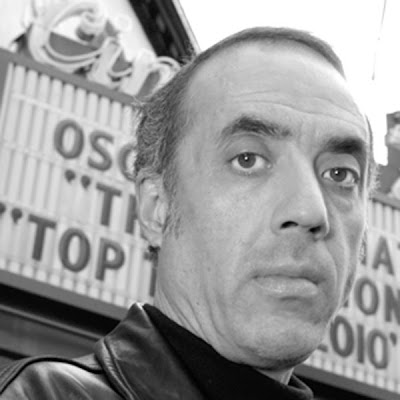 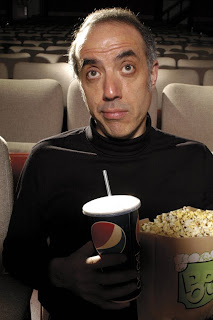 Well, I didn’t do it, we had correspondents. The mail would come and the other editors and I would look at it and say, “Do we draw straws to see who touches that thing?”We were a very active magazine and I got to do all sorts of reporting, writing, interviewing, and reviewing. It was a real introduction to the field and within about a year and half I went to a much better magazine called American Film where I was senior editor. Before I was there, it was owned by the American Film Institute and everyone in Hollywood was a member of the AFI so they all got American Film Magazine.We would get letters, not for publication, from Charlton Heston, Gregory Peck, Steven Spielberg, Spike Lee. These people would call if they saw something they didn’t like or they would try and get things into the magazine that they were interested in.On one hand, that was a kind of pressure. On the other hand, it meant that if we wanted to send a reporter to a set or get an interview, we had a lot of good fortune. We were very successful even though we weren’t a massive magazine like Premiere or Entertainment Weekly. We were prestigious. We weren’t interested in gossip. We weren’t interested in who is making how much money. We were interested in the art of films so people felt safe talking to us. I interviewed Akira Kurosawa and Pedro Almodóvar and Wim Wenders. You could get these people on the phone because you were American Film.Give me a highlight from your time with American Film—whether it was someone you interviewed, a celebrity you met, or maybe even if Spike Lee called you to bitch.All those things happened.I was invited to the opening gala for the Academy of Motion Picture Arts and Sciences Library--the people who give the Oscars. It was the most star-studded thing I have ever been to and I’ve covered the Oscars. But this was like a cocktail party and you were surrounded by legends. It was still the late '80s, so in the room were Elizabeth Taylor and James Stewart, Gregory Peck and Shelley Winters and lots of contemporary stars, but I saw those people all the time. These people were done making movies and you never saw them out.As I said, I got to interview Akira Kurosawa, which was a crazy interview. He was in Japan, I was in Los Angeles, and we were conducting the interview via fax. I would fax a question and he would fax an answer. He was so kind about the whole thing that afterwards, I didn’t ask for it, he sent me a copy of his autobiography in Japanese, autographed.What gets you excited in today's film world?There are a couple of dozen filmmakers that I get excited by. Not so much actors anymore. Actors I enjoy, but actors are kind of like pitchers on a baseball team. If it’s a good baseball team, you could pitch a good game and if your team scores nine runs and doesn’t make any errors, you’re the hero. But you pitch the exact same game and you have a shitty team that doesn’t score and they keep dropping the ball, you’re gonna lose. That’s the way it is with actors.In Portland, the directors whose work I always look forward to include Todd Haynes, Gus Van Sant, Aaron Katz, and increasingly Kelly Reichardt. Then people like Almodóvar, Scorsese, Soderbergh, Wes Anderson, Bryan Singer, the Coen brothers, David Lynch, Sam Raimi, Spielberg. There are so many.How do you view new films? Do you physically go to a theater for a screening or do you get a lot of DVDs?Both. I would say maybe 40% of the movies that we review are from [DVD] screeners. But, the major studios do not release screener copies of their films because they are so worried about bootlegging. For studio films, we’ll see them anywhere from two weeks to three days in advance of opening day.And when you watch a screening in a theater, do you always sit in the same place?Left side aisle, about two-thirds of the way back. I’m fidgety. I am really fidgety if I don’t like the movie.What's your best advice for aspiring writers?You can't follow everyone out of the bookstore and explain what you meant. What you meant has to be on the page, otherwise you're not doing your job. Publication is a form of letting go and when you let go, the words are subject to scrutiny. You may not always like what the scrutiny brings, but that’s the job. If you're writing for readers, then readers do have the last say.---
Read this article in About Face Magazine.
Posted by pdxnoise at 12:13