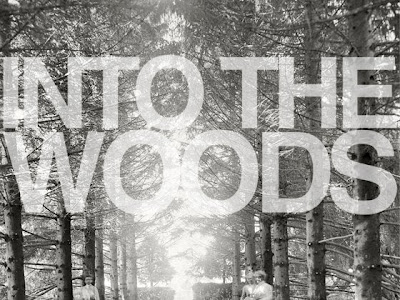 “Instead of asking musicians directly what inspires their music,” he continues, “we’ll show you what kind of fridge magnets they have or how they pay the bills or what tricks they’d like to show people or what they do when they are out of their comfort zone.”

This is the future of the music video. This is film making by Into The Woods–a team of webisodic video makers that focus on documenting Northwest music as it happens.

Into the Woods seeks to bring you live music, often with a behind-the-scenes vibe, from unexpected locations. Whether it’s inside Burgerville or from the actual living room (or kitchen or elsewhere, see below) of the musicians, the Into The Woods crew has captured more than 130 bands, musicians or artists on film and released more than 75 videos, all streaming for free on their website, in their first year of existence.

Through documentary-inspired recording sessions that hope to “capture the personality and community of Portland [and Northwest] music,” Into The Woods is here to entertain (recording music videos and live performances from home and afar), inform (telling the narratives behind the band, like following artists to their day jobs, or teaching with tutorials led by musicians), and disseminate this content worldwide.

They’ve even started to encourage you (local!) to get off your laptop and go see live music with their weekly Leave Your House PDX Show Guide. And the show they’d most like you to attend is at Holocene on Thursday, January 27th. It marks their first birthday.

One year into the project, Into The Woods has succeeded at “seeing bands on a more personal level” but they’re looking to expand. Up until now, everything–all cameras, recording equipment, computers, lighting, microphones, hard drives, and money–has been scraped together by team members. Along with celebrating their first anniversary, Into The Woods is currently raising money to purchase the items necessary to establish “a fully functional set-up that will allow us to take the operation anywhere, anytime, without limitation”–including a couple of generators, a portable PA and monitors, lighting, and mobile audio equipment and a new mixer.

This fundraising campaign also began with a trip into the woods. When the crew was shooting Hosannas in the Ape Cave at Mt. St. Helens, they were “inspired by the richness of the sounds in the cave” and “realized that we need to have access to this equipment at all times in order to re-create this moment with as many other musicians as possible. We had just come up with a financially sustainable way of accomplishing our original goal of going into the woods, while at the same time improving on that initial concept,” reads the Into The Woods Kickstarter page. “This session confirmed what we had been feeling since we started the site–if we had the gear to shoot anytime, anywhere, going into the woods would result in a much more genuine and intimate communal experience.”

A donation of $5 or more to their Kickstarter fund can get you advance entry to their Holocene party on January 27th, which features live performances by Tu Fawning, Skeletron (featuring members of Starfucker), And And And, Guantanamo Baywatch, and DJ Snakks (Zack from Breakfast Mountain), plus other donations will not go without rewards. You can score vinyl, CD packs, or “an afternoon playing Wall Ball with all 27 members of Typhoon.” Maybe those numbers are suited better for dodge ball?

With just under two weeks remaining on their Kickstarter limit, they are more than halfway to their $4,500 goal.

Email ThisBlogThis!Share to TwitterShare to FacebookShare to Pinterest
Labels: and and and, guantanamo baywatch, holocene, into the woods, music video, skeletron, tu fawning