the thermals heat up berbati's on friday 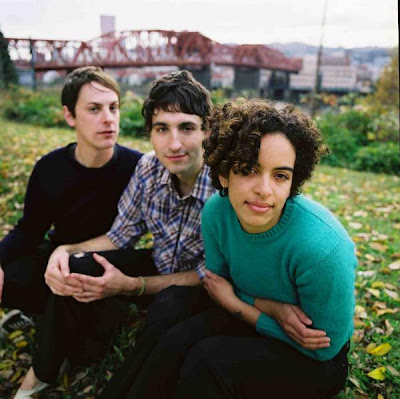 It's cold. It's very, very in Portland these days. And you only have one last chance to warm up: this Friday at Berbati's when The Thermals rock one last powerfully poppy PDX show before 2010.

The Portland trio has spent the year getting punky on Now We Can See, released in April, and they'll be spending the chilly, dark winter months boarded up in Jackpot Studios with Death Cab for Cutie's Chris Walla producing.

And they've got to considering they've already announced a release date (September 7, 2010) for this unrecorded album due out on Kill Rock Stars.

Joining them on Friday are the sunny, yet Dirty Mittens and grungy White Fang.

Email ThisBlogThis!Share to TwitterShare to FacebookShare to Pinterest
Labels: berbati's, examiner.com, the thermals