get out! : kisses + trails and ways 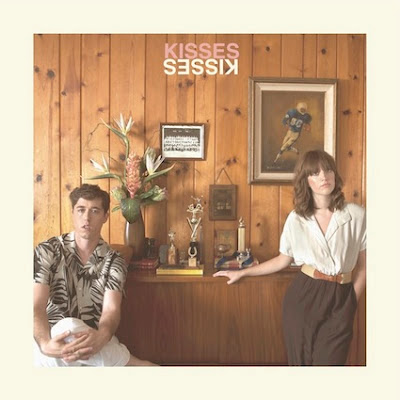 Here's to a Sunday night of warm, California-hued, unabashed electro-pop. Headliners Kisses look like they live inside an Instagram filter. One look at their Tumblr or the wood-paneled album art of their upcoming sophomore release (Kids in LA due out May 14th on Cascine), reveals a decade-spanning, sun-soaked sensibility for fashionable kitsch. It's an appealing style—full of palm trees and Aloha shirts (including one they designed themselves) as well as something fabulous we'll dub the disco pineapple—and a retro mood which is definitely carried onto the inviting analog keys and danceable drum machines of the new record.

Mixing Latin influences with dreamy pop and Brazilian jazz, the Spanish- and Portuguese-infused "bossa nova dream pop" of Oakland-based Trails and Ways is a pleasant complement to open the night. Set to release their debut EP on June 6th, Trilingual is presumably named for lead singers Emma Oppen and Keith Brower Brown's escapades in Spain and Brazil following studies at UC Berkeley. With these two on the bill, it'll be a summery night that fans of Portland's Pure Bathing Culture can enjoy.

Email ThisBlogThis!Share to TwitterShare to FacebookShare to Pinterest
Labels: get out, holocene, kisses, omn, trails and ways