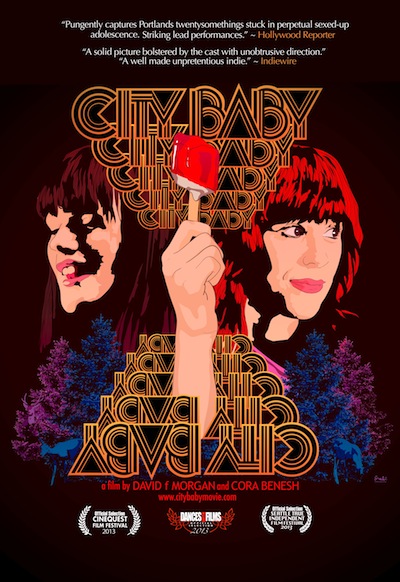 Written by locals David F. Morgan and Cora Benesh and directed by Morgan, City Baby—showing one night only—is "a Portland-centric coming-of-age story about a group of meandering 20-somethings trying to find meaning in the new world of adulthood." It’s also a fictitious Portland band. Love and friendship and… self-absorption—sound like someone you already know in Portland (or someone you encounter at the coffee shop every day)? What's notable here is the stacked musical lineup the film features and intertwines into its story. With live performances from Glass Candy and Starfucker and cameo appearances by Stephen Malkmus (Pavement), Rocky Tinder (Wampire), and Jake Morris (Joggers, Street Nights, Stephen Malkmus & the Jicks), the soundtrack also features several Johnny Jewel composed songs (Glass Candy, Desire, Chromatics and tracks from Symmetry), plus music from past and present (as well as active and inactive) PDXers like Red Fang, The Helio Sequence, Lovers, Explode Into Colors, Mattress, The Reservations, Reporter, Angelo Spencer, Jeffrey Jerusalem, Okay Colour, Aan, Guidance Counselor, Marius Libman (as well as Copy), The Miracles Club, Charlie Salas Humara (Sun Angle, Grapefruit, Panther), and Jay Winebrenner (Street Nights, 31 Knots). All this means you can now enjoy some of your favorite local tracks on the big screen!

Thursday, May 23, Cinema 21, 7:30pm, $8 advance / $10 door, not rated (but there is nudity and strong language—so I’m not exactly sure that will dissuade adolescent audiences)


Watch the trailer for City Baby: