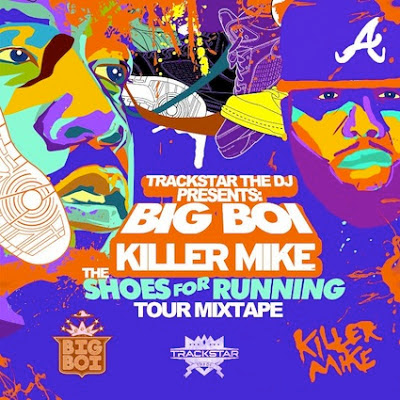 Although Three Stacks just released a cover of Amy Winehouse ("Back to Black," in which he splits time with Beyoncé, for The Great Gatsby soundtrack), it's unlikely his musical output is going to increase any more than the smattering of songs he's infrequently released over the last five or so years.

Meanwhile, the other half of Outkast—Big Boi—dropped his second solo album, Vicious Lies and Dangerous Rumors, six months ago, a release that saw him mashing genres by collaborating with rising rappers (A$AP Rocky, B.o.B., Kid Cudi), longtime ATL homies (Ludacris, Sleepy Brown, T.I., Killer Mike), and indie darlings (Phantogram, Little Dragon, Wavves). While not as universally solid as his debut, the maximalist effort that blends indie rock (like production by Phantogram on "Objectum Sexuality"), Dirty South rap (the bumping "In The A"), and soulful, electronic funk (provided by guest Kelly Rowland on "Mama Told Me"), and proves Big Boi is still the master of the hook.

Compatriot and recurrent collaborator Killer Mike also released his sixth record in 2012, the critically acclaimed R.A.P. Music (an acronym for Rebellious African People), that was co-produced by El-P. (Since, the two have officially formed a group, Run The Jewels, together, and a free, self-titled LP will be out on Fool's Gold in June.) While the powerful, political album already has a sequel planned (with El-P again) for 2014 (as does part four of his Pledge series), there's another record you should be ecstatic about.

As demonstrated by the aforementioned, it seems both of these artists look to be entering a prolific stage in their careers.

So, is that what you should be you excited for? Nope.

It's the big news the two drop on Shoes For Running mixtape (below) in advance of their joint tour. In the intro to "A.D.I.D.A.S.," Killer Mike tells us to enjoy this mixtape "while me and Big Boi get a whole brand new album ready for y'all. That's right, me and Big Boi. Album. Heads are exploding now."

And during his freestyle to the beat from 50 Cent's "Wanksta" on the final track, Daddy Fat Sax adds, "We got a brand new record coming out—two CDs, not one." Boom.