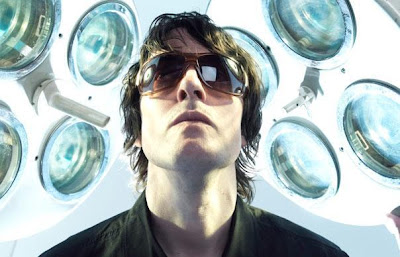 If you missed Spiritualized last May when they traveled through town, you can be excused if it was because you were at Sasquatch. You can also be excused if you missed that set because their performance time was bumped back an hour because Mogwai failed to show. Regardless, they played a glorious night- and festival-ending set—backed by two sexy, naturally colorful singers clad in white dresses—in the cool darkness of the final eve of the four-day extravaganza. Still supporting their most recent release and seventh studio album, 2012's Sweet Heart Sweet Light, Spiritualized is back in the Northwest and headlining the Wonder again. As always, expect dramatic, experimental, symphonic rock full of soaring highs and heart-wrenching lows from the English six-piece led by the troubled, soul-bearing J. Spaceman (aka Jason Pierce).

Email ThisBlogThis!Share to TwitterShare to FacebookShare to Pinterest
Labels: get out, omn, spiritualized, wonder ballroom