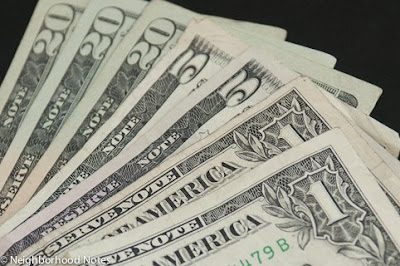 Portland’s Occupy movement and like-minded activists around the nation have highlighted, using various methods, the benefits of transitioning from big banking to small during the last 12 months. And while some 6 million Americans have switched "their banking business from corporate-level, for-profit banking institutions to not-for-profit credit unions that strive to promote economic growth in our communities," according to the official Bank Transfer Day Facebook page, the reality is that those millions of people still represent only 3 percent or so of banking consumers.

Increased fees and poor service have definitely helped convince many Americans to choose smaller banks and credit unions, but, as Stacy Mitchell, a senior researcher with the Institute for Local Self-Reliance, points out, there are plenty of constructive reasons for choosing a community bank or credit union over a big financial institution—like growing your local economy, supporting productive investment, and keeping decision-making local amongst institutions that are committed to your community.

While the Occupy movements and Bank Transfer Day were capturing headlines almost a year ago, Neighborhood Notes would like to remind you about some of the community-based credit unions around town that offer support for your local economy and neighborhood.

But first, let’s spell out the basics: A credit union differs from a bank in that it’s a not-for-profit financial cooperative that’s owned and democratically controlled by its members, allowing for competitive, low interest loans from the pooled savings of members.

Now, here’s a selection of five Portland- and Oregon-based credit unions that actively support their communities and the local economy through charitable service, small business programs, and community support.

With four centrally located branches in Portland, Advantis is a credit union with an 84-year history and a core value of making “a difference in the communities it serves,” says Community Relations Officer Misti Rooney. With a reputation for community involvement and charitable giving, “Advantis has been recognized as one of the top 10 small companies in Oregon for supporting charitable projects in the community,” Rooney says, including the launch of GROW: The Advantis Community Fund in 2011, which “awards local nonprofits with funding for locally identified needs,” Rooney says. Donating $50,000 in grants per year, “Advantis awards grants to seed projects that offer the most potential for long-term benefits in the community,” Rooney adds, plus the credit union recently initiated some innovative work with the Leaven Project to create a crowdfunded lending program. “Advantis also offers a very unique loan program that is addressing a very real community problem of many abandoned, foreclosed, distressed homes in our neighborhoods,” Rooney says. “The Advantis Rehabilitation Mortgage Program allows homeowners to purchase abandoned and distressed homes and turn them into their dream home. This program is new, and as far as we have learned, [we are] the only credit union in the country offering this program. It’s a mortgage loan that covers the purchase of the home plus the upgrades needed to make it an attractive, livable home, while revitalizing the neighborhood and community.”

---
Find out about four more local credit unions on Neighborhood Notes.
Posted by pdxnoise at 12:50