new portland memories in the making : a q/a with other lives 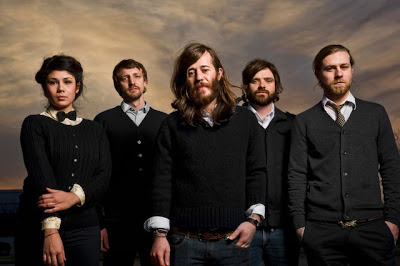 Like so many burgeoning bands out there, it's not surprising that Other Lives has spent the better part of the last two years on the road. But, unlike most bands out there, the Stillwater, Oklahoma, five-piece has already had the opportunity of a lifetime—honestly, opportunities of lifetimes—as their haunting sound has impressed the likes of Bon Iver and Radiohead, which has resulted in the band opening for both in the last two years.

Unable to be simply classified as some brand of folk, the complex and swirling melodies of Other Lives are layered with multiplicitous harmonies and multifaceted instruments played by multi-instrumentalists. On stage, band members grab and swap instruments many times throughout the course of single song—trading a trumpet for a violin or a few touches on the vibraphone, drum sticks for a woodwind, complemented by harmonium and harmonica plus cello and a mellotron. Needless to say, they travel with a lot of gear, but it allows them to deftly recreate their intricate works live.

Headlining the Wonder Ballroom on Saturday, October 27th, Other Lives will have a few pieces of new (or previously unreleased) material to share. Jesse Tabish (vocals, piano, guitar and percussion), Jenny Hsu (cello and backing vocals), Jon Mooney (violin, horns, piano and percussion), Colby Owens (clarinet and percussion), and Josh Onstott (bass and percussion) are set to release a four-track EP, Mind The Gap, out on October 23rd via TBD Records.

Recorded this past summer on the road as well as during a brief stint in a studio in Sutton Courtenay, Oxfordshire, England, the EP's opening track, "Take Us Alive," is "based on a violin loop that was written in my parents’ backyard," Tabish explains. Plus, the EP features a remix of the second album title track "Tamer Animals" by none other than Thom Yorke under his band moniker Atoms For Peace, as well as the song "Dead Can," which was written during the band's recent world tour and was “mostly recorded in the van using a laptop, because we were touring so much. That's what gives it an electro feel," Tabish says.

OMN caught up with Jonathon Mooney in anticipation of the Portland gig as Other Lives kicks of their fall tour dates today.

We're excited to have you guys back in Portland again, headlining your biggest gig here in town. Looking at all the festivals you've played and the bands you've opened for during the last two or so years, it all seems crazy to me. How does it feel to be in your shoes?

We're excited as well. Portland has always been one of our favorite stops. It's definitely been a long road, but also a good one. We've been going almost nonstop for the last 16 months, but the bands we've gotten to play with and the places we've gotten to visit make up for how little time we've gotten to spend at home. 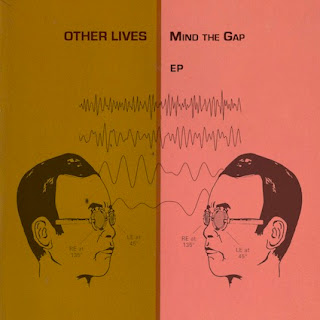 You've got a new EP out soon, much of which was written and recorded on the road. After meticulously crafting your last album at home, how does it feel to be writing and recording on the road?

Almost all of it was written on the road. We did stop for a week to record in a studio in England, but even parts from the demo we intended to re-record ended up on the final tracks. We've always been believers that it's usually a waste of time to try and recreate parts you've already recorded.

What's the story behind "Dust Bowl" from the new EP, and how does it relate to "Dust Bowl III" from your second album?

The dust bowl was a huge visual inspirations for some of the songs on the last record. We were obsessed with the imagery and story at the start of recording Tamer Animals. We would even project footage on the studio walls while we were recording. "Dust Bowl I," "II," and "III" were a result of that obsession, but only "III" made it on the record.


So, "Dust Bowl II" is still somewhere out there?

Yes, "Dust Bowl II" is out there. It's the only one we don't have a studio recording of, but we do play it live sometimes. Perhaps at the Portland show?

Email ThisBlogThis!Share to TwitterShare to FacebookShare to Pinterest
Labels: other lives, wonder ballroom