the business of ‘kool’ : a q/a with serious business 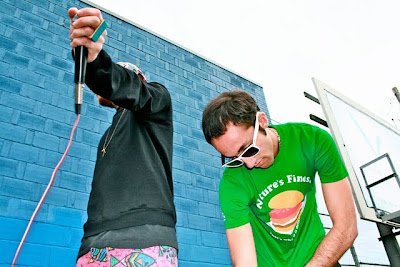 When Serious Business announced that their "long-awaited debut album" would be ready for release on December 8th, plenty of party-going Portlanders likely declared: "It's about damn time!"

Since their inception three years ago, it seems like the team of Jason Mampel and Danny Diana-Peebles has consistently been somewhere in the process of creating an album. After several demos, some scrapped attempts, and countless live shows, the rapping duo of electro-hop nerds have been working in earnest on fresh material, which can finally be heard on their debut Kool, for more than a year.

Listen to three of the new album's tracks below plus the demo classic "Hot Damn":

This record has been quite a while in the works... how long exactly?

We started writing the album in October of 2010.

What took so long?

Prior to this album, we had written and self-recorded over 15 songs. There were several attempts at recording those songs and turning them into a record, but every attempt failed in some way. It became so frustrating that by the time we stumbled into working with Karl Kling, we wanted to do something fresh to represent our growth as a band. We wanted to focus on our songwriting and production, since we had only focused on live material previously. Our process involved a lot of back and forth between Karl and us. We’d record bits and pieces and then assess what we liked and didn’t like. We didn’t want to rush the writing process even though we knew we’d been around for quite a while without a record. We wanted to make something we were really proud of. 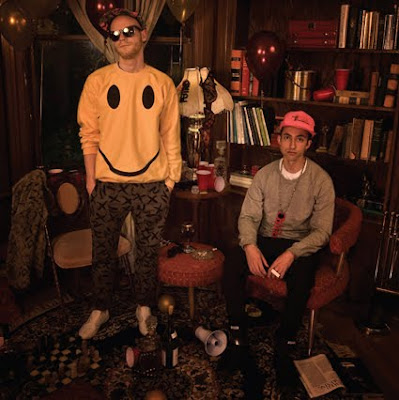 You've stated that Kool is "ultimately about achieving self-acceptance and confidence." What's the significance behind the title?

There is a lot of significance behind the title. Kool with a K is our metaphor for creating your own "cool." We play into a lot of hip-hop stereotypes on this album, but we’re boasting about things like wearing bow ties and playing Sonic the Hedgehog instead of having money and fast cars. Everything we brag about is true. We’re proud of our nerd, eccentric personalities. Hip-hop is filled with arrogance and confidence. It’s about being big and boastful. With Kool, we’re saying, “Hey, we’re the most confident nerds you’ll ever meet.”