direct brevity : on his ninth album, tricky knows what he wants to do now 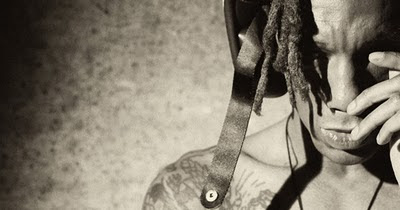 After releasing one of his most critically lauded albums in years with 2008′s Knowle West Boy, Tricky came back in late 2010 with what has been called one of his most accessible and trivial albums to date, receiving very mediocre reviews across the board. With seven of the ten tracks clocking in under three minutes for a total run time of less than a half hour, Mixed Race lacks cohesiveness and the experimental depth seen on previous Tricky releases. As his ninth studio album, it’s a mixed bag of what’s been viewed as skin-deep experimentation from one of trip-hop’s founders and innovators–a variety that moves from jazz to hip-hop to the Middle East without the singular touch of his previous work.

But for Tricky, he’s never been so sure of his work.

“Some of my early albums sound like a mess to me… too cluttered. I don’t understand them anymore.” He continues, “I know what I want to do now. Mixed Race is deliberately direct and in-your-face. It’s the easiest album to make that I’ve ever done.”

Basically, it’s been a disappointment for many die-hards and critics. In the past, no one has known where Tricky’s intentions lied or where they were going. Now, it may finally seem as though his “mind isn’t cloudy” or “muddled-up or as confused” as it once was.

But was the muddle what created unprecedented releases like 1995′s Maxinquaye? Is Mixed Race Tricky’s (conscious or unconscious) attempt to acquire new Tricky fans–a clubbing crowd?!

“This is also the most uptempo album I’ve done,” says the 42-year-old, Bristol-born producer. “I wanted something that could be played in a club… maybe! Which is unusual for me. Because I don’t give a shit about clubs.”

Although it’s hardly “clubby” by European standards (or anyone else’s for that matter), the actual quality of the music remains strong throughout and hints at telling some more of Tricky’s personal story. (Tricky may be trying to squeeze his way into the clubs as a guest on INXS’ new Original Sin album, reimagining the track “Mediate.”) As a “gangster album” there are some tense, introspective gangster moments, like the nursery music box to 007-tinged first single “Murder Weapon,” the tender thump and twang of “UK Jamaican,” or the silky smooth single number 2, “Ghetto Stars.”

“I can’t do gangsta rap. That’s not me. I can’t talk about being a bad boy, ‘cos I’m not. But I’ve been around that. So this is the closest I can get to a gangsta album. It’s very gully, as Jamaicans call it… very dark. Tense, street and urban. It’s like a movie, almost.”

Due to planes and trains and traveling from Paris before beginning his 11-date, North American tour in New York on December 9th, OMN’s scheduled phone interview with Tricky was not able to be realized. But in lieu of that interview, we do have this detailed track-by-track breakdown of his latest album for you reading pleasure.

Tricky hits the Doug Fir Lounge on Sunday, December 19th with his Irish-Italian female vocalist Franky Riley, who is featured on much of the new album including “Murder Weapon,” which is a reworking of a classic dancehall hit originally done by the Jamaican-born Echo Minott.