farcical visionaries : mgmt at the crystal 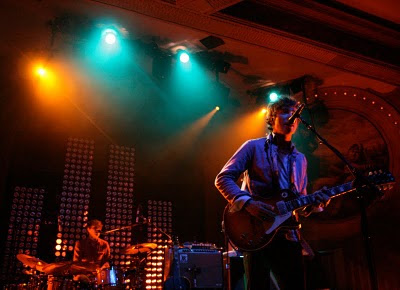 It’s no surprise that MGMT are going to do exactly what they want. They’re going to change like the psychedelic, schizophrenic chameleon that they are. They’re not going to appease record labels or critics. But they might just indulge their concertgoers.

MGMT visited the Crystal Ballroom playing two sold-out shows on Tuesday and Wednesday this week. If you’d delved into their latest release, Congratulations, you were well-prepared for their offering.

On Tuesday, MGMT played a straightforward set that included almost everything the audience wanted to hear: all the old hits peppered with other tracks from their first album, Oracular Spectacular, alongside slower, experimental guitar-heavy jams from their second album.

If you hadn’t heard the new album and attended the gig based solely on the collegiate party pop of their debut, you were definitely bored during stints of the new, and even some of the less upbeat old. But MGMT ever so politely tried not overburden you with new, playing equally from both albums and included “Destrokk” from the Time To Pretend EP.