get out! : volcano choir 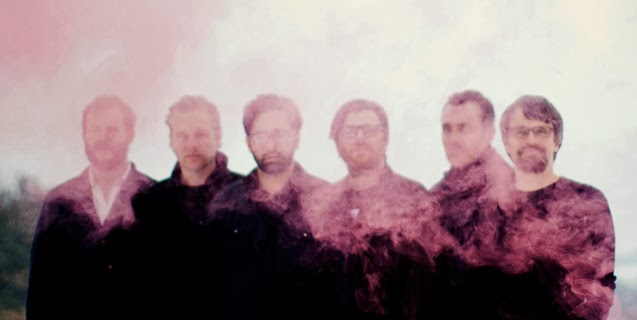 The Midwest invades the Wonder Ballroom on Thursday, and if the name Volcano Choir doesn't ring a bell and you're stuck wondering why this show had already sold out before the end of last year, it's because the Wisconsin-based band's most famous member is Grammy winner Justin Vernon—better known as Bon Iver. That said, this back-and-forth side project features Vernon and his longtime friends (notably members of Collections of Colonies of Bees) together for the second time. The collaborative Repave should more than satisfy the devoted Bon Iver fan—feeling intense and sparse and grandiose individually, and then all of those things at once, the fleshed out rock effort follows in the same vein as his Grammy-winning album. Besides, for all the fanboys and girls, how can you not be assuaged by Vernon's distinctive vocals, whether pitched high or Auto-Tuned? Joining Volcano Choir on tour are Minneapolis neighbors The Cloak Ox with a debut record that feels straightforward in comparison to Repave, yet still retains some surprises—such as Vernon contributing harmonies on frontman "Andy Broder’s Dream" while vocals also come from TV on the Radio’s Tunde Adebimpe and Dark Dark Dark’s Nona Marie Invie. At times, Shoot The Dog is a little funky ("Shoot The Dog"), sometimes very frank ("Don't Listen"), and during others Broder reminds of Elvis Costello ("Josephine").