Inspired to see what my ten most played tracks were in iTunes, I peeped at what my actual listening habits reveal about my taste in music and found there's nothing to be ashamed about. As a disclaimer, I have a tendency of purging older, even nostalgic, tracks and albums over time but much of what's here has lasted the lifetime of this Mac Book (since 2008). 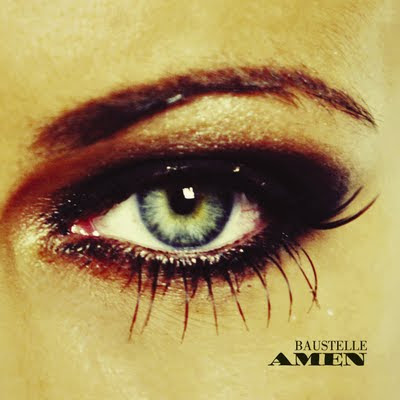 1 -- Baustelle "L." (Montepulciano, Italia) : Followed by "Charlie fa surf" and "Baudelaire" amongst several other Amen-era tracks in my most played. This was the first album I discovered by the band and it appears that I listened to it a lot that year I lived in Italy.

2 -- Deelay Ceelay "No Vex" (Portland, Oregon) : From their debut EP Thank You, which you can download for free here. Their first full-length, Sunset Drumsets, just dropped.

3 -- Sigur Rós "Gobbledigook" (Reykjavík, Iceland) : Með suð í eyrum við spilum endalaust also came out in 2008 while I was living in Italy and I suppose I was preparing for my first ever Sigur Rós performance that summer at Southside in Germany. Their set was followed by In Rainbows Radiohead. Epic.

4 -- Phoenix "Lisztomania" (Versailles, France) : Wolfgang Amadeus Phoenix brought Phoenix back into my consciousness, and everyone else's, with a much-needed resurgence in 2009.

5 -- Metric "Help, I'm Alive" (Toronto, Canada) : I remember stumbling across this early version of the song some six months before Fantasies would be released. Obviously, I couldn't stop listening to it.

6 -- Radiohead "15 Step" (Abingdon, England) : Although I can't remember what I paid (if anything) for In Rainbows, my mp3 of the opening track is well worn.

7 -- Cut Copy "Hearts on Fire" (Melbourne, Australia) : In Ghost Colours was another album from 2008, which was also the year I first saw the band perform.

8 -- Digitalism "Magnets" tied with "Idealistic" (Hamburg, Germany) : After keeping Idealism in heavy rotation, I was duly prepared to see Digitalism at that same Southside festival. And now they've finally got a new one out.

And the immediate runner ups include:

While Elbow's "Forget Myself," "Grounds For Divorce" and "We're Away" all tied with Foo Fighters' "See You" and Starfucker's "Laadeedaa," "Rawnald Gregory Erickson the Second" and "Holly" ...followed by more Baustelle (hey, Amen had 17 tracks!), Cut Copy, Digitalism, Rodrigo y Gabriela, Emily Haines & The Soft Skeleton (of Metric), one Hockey cut ("Song Away") and Jónsi… there's a pattern here.

What's in your top ten?