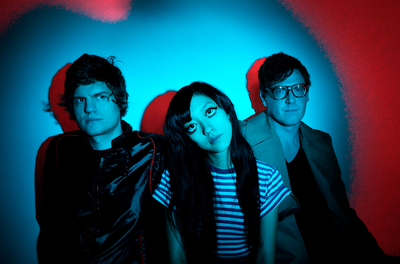 The trio of Alberta Poon, Mike McKinnon, and Daniel Grazzini have been making music for a decade. The first seven years were devoted to the evolution of the post-punk, indie rock band Wet Confetti. In 2007, the name changed. Now three years later, the latest transcendental incarnation, Reporter, is finally set to release their second LP, after 2008’s Dust & Stars, under their current moniker.

If you’ve been around Portland’s house parties, warehouses or Holocene during the last years, then much of the suave, synth-ed out, space electro will be familiar. Only the DIY-rockers have finally laid it down permanently in their own studio and labeled it Time Incredible (out on August 10th on CD and double-vinyl via Holocene Music).

---
Hear a new track from Time Incredible and read the rest on OMN.
Posted by pdxnoise at 01:07