radiation city : in the middle but on the way up 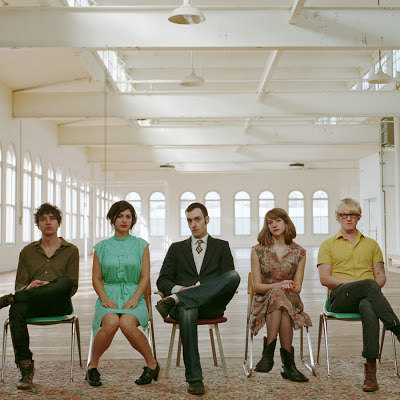 It's no coincidence that Radiation City's name starts with an informal adjective designed to describe themselves before you've even had a chance to finish saying, or comprehending, their name. They just put it out there at the beginning because they want you to know.

And it's true: They are Rad.

Although the majority of the five sexy band mates are in some sort of love affair with their other band members, there's still plenty of love to share. In recent times, since the May 21st release of Rad City's second full-length album, Animals in the Median, the rest of the nation has glommed on to the "Poitland" act's sultry blend of jazzy bossa nova tinged with electronics, which all the while maintains something slightly symphonic, yet ultimately remains deliciously danceable. Topped by breathy harmonies and the requisite serving of indie fuzz, the band says it best themselves: "Your parents' record collection spent some time on the event horizon, and this came out."

Not in love yet? Well, try to deny the retro flavor of "So Long," which is lucid and bleary at the same time:

Animals in the Median is another largely DIY effort (after their self-recorded debut and subsequent EP), but this time Radiation City's Cameron Spies, Lizzy Ellison, Randy Bemrose, Matt Rafferty and Patti King were joined by a few friends.

"There are some interesting things that are unique to this record for us, like the homies we worked with (mixer Sonny DiPerry, player Riley Geare) and the locations (rural Washington cabins, Oregon beach spots we shared with Josh Hodges [of Starfucker], et al., the various PDX homes, mixing at Jackpot!)," Bemrose explains. "All in all, we worked harder and longer on this record than any other before it. Hopefully you can hear that paying dividends on the album, but if nothing else, it has honed our skills as collaborators, engineers, producers, and players. We'll continue to try and raise the bar moving forward, but I expect it to be a good deal easier after all the heavy lifting we did on this one."

Progress is also represented by the album's title: "On one hand, it's evoking a highway median or midway—this haven for traveling creatures, a safe place surrounded by danger," Bemrose says. "On another hand, it's referencing the mathematical notion of the median, or the number that lies in the middle of any group of numbers, effectively bisecting the group into higher and lower. I like to think that that's where you are at any given moment, in the middle, with a choice or opportunity to strive for the higher, or fall into the lower." 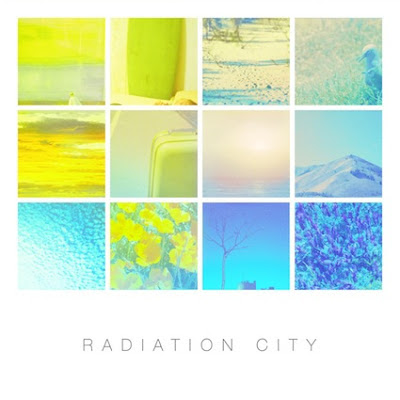 Seeking "the higher," Radiation City took to the road on a nationwide tour as soon as the album dropped, but they're plenty happy to be wrapping up their jaunt right here at home.

"We're just excited to be playing Portland at the end of a tour for a change," Bemrose says. "Usually we play PDX and then leave for tour so we're still working out the kinks, fiddling with the song list we'll be drawing from, dialing in sounds... it'll be nice to be a well-oiled machine for y'all."

That machine (or animal) will perform at the Wonder Ballroom on Friday, June 28th with looped electronics and drums from Portland "nerd-wave" XDS and San Francisco's Social Studies, who are also supporting their second album, Developer. (Psst, fans of Beach House should definitely show early to enjoy this band fronted by vocalist and keyboard player Natalia Rogovin.)

And even though the gig hasn't even happened yet, here are a few reasons to look forward to what comes after the show.