the cost of choosing the wrong business name 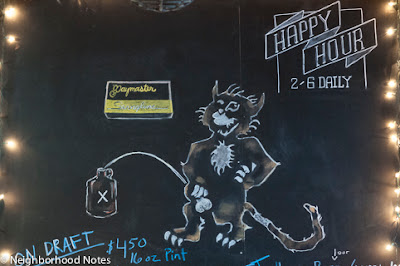 “We were shocked and surprised,” she adds.

After talks with the Austin restaurant failed, Meacham and Johnson decided it was best to change their name and appended Balls the Cat’s to the original name of Moonshine Kitchen & Lounge. The image of Balls—the cat with the moonshine jug—became their official mascot, although his presence had been a part of their branding since the beginning.

Meacham says they’ve since “tried to go about our business,” and while the pair hasn’t received another cease and desist letter regarding the new name, every so often, another issue seems to crop up. The Austin company has had “unreasonable” requests, according to Meacham, such as wanting “$7,500 every six months” for licensing of the name and “control over our logo and our menus.”

“We need to succumb to their demands or go to court,” Meacham says, feeling a little bit at a loss.

Or, change the name of the bar, which is something the pair is considering.

---
Find out what led Meacham and Johnson to change the name of their bar to Paymaster Lounge and how you can avoid this problem on Neighborhood Notes.
Posted by pdxnoise at 17:21