My contributions to this week's edition of Get Out! 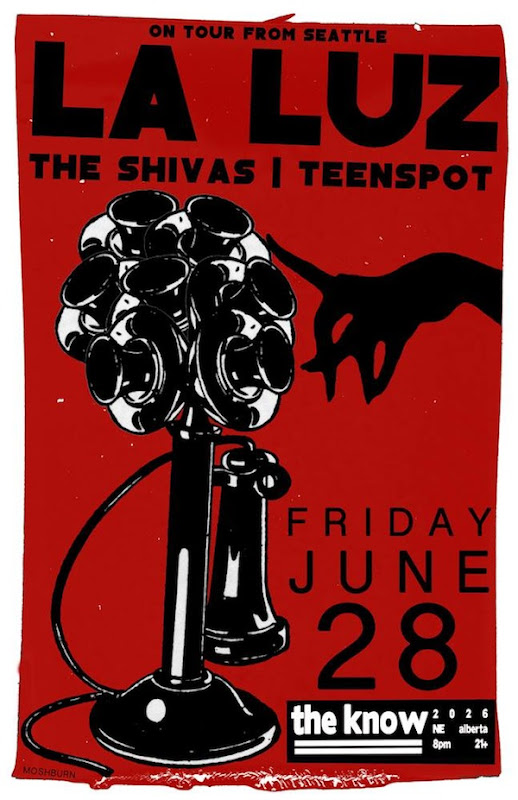 Heavy on the sultry reverb and infectious with their four-part harmonies, as the name implies, Seattle girl group La Luz brings some light and sunshine to the Northwest—or, at the very least, the essence of such a sensation. They'll also be bringing their vintage, surfy and doo-wop-inspired sound to the tight, sweaty confines of NE Alberta's The Know with appropriate support from "surf-glaze" and Burger Records cassette compatriots The Shivas plus the rambunctious, muddled pop of Portland’s Teenspot (featuring members of The Shaky Hands and Your Rival).


Enjoy the garage pop groove of their latest track, "Brainwash" (below) out soon on Suicide Squeeze Records, and then listen to five more warmth-producing tracks from the Damp Face EP, recorded "in a Bothell, Wash., trailer park on a hot day." 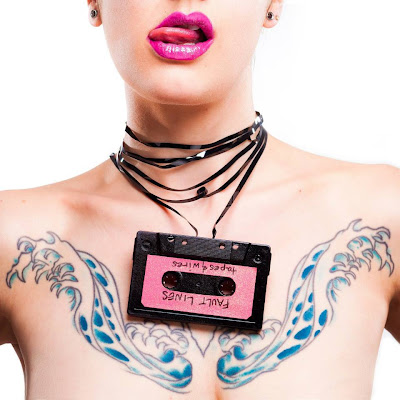 Former OMN faves The Angry Orts (they rocked our first anniversary party!) have gone through some changes of late (not just band members but the husband-and-wife team—also the band’s drummer and singer, respectively—added a new addition to their family), but we’re proud to announce that they’re back, albeit rebranded as Fault Lines, and have a new record, Tapes & Wires (recorded with Larry Crane at Jackpot! Recording Studio, no less), out on June 28. True to their style, the five-piece kicks off their new effort with a crunchy, poppy romp titled “Kirstie Alley.” While the first half of the album feels less brash than previous Orts offerings—the rough edges have been sanded down and there’s a sense of maturity and craft as well as a cohesion that naturally comes with the years the three original members have spent together—the music is still anchored by Sara Hernandez’s emotive, powerful and oft provocative vocals over a garage rock base. A few slower numbers build to a distinct evolution heard on the title track, which has a spaghetti western vibe mashed with the Orts danceability. From there, Fault Lines offers an apt, Strokes-like cover of Quarterflash’s “Harden My Heart,” and then Tapes & Wires disintegrates (in the best sense) into explosive, old Orts-like tracks where catchy hooks and straightforward rocking out will induce you to do the same. Showing they’re still capable of their bread and butter, Fault Lines slathers on the garage rock with high-energy earworms like “Into Minutes,” “The Trend” and “A Side of Sugar,” which should translate perfectly to the stage. And seeing that the band now has all this familial responsibility and they play out less, expect all that pent up oomph to be expelled and left in the dungeon of the Doug Fir, where they’ll share the night with “sloppy pop” from Seattle super rockers BOAT and alt-folk from Portland friends Future Historians.


Check out Fault Lines’ debut Tapes & Wires below, plus revisit The Banana Stand’s documentation of one of the Orts final sets, which previewed a few FL songs, a year ago: